Jesus said to her, “I am the resurrection and the life. The one who believes in me will live, even though they die; and whoever lives by believing in me will never die. Do you believe this?”

1. What happened the last time Jesus went to Bethany?

A: People there tried to kill (stone) him.

2. How long had Lazarus been dead by the time Jesus came?

4. Why did the mourners not want to roll the stone away from the tomb?

A: There may have been a bad smell.

5. Why did Jesus pray out loud to God?

A: So others will hear him and believe.

Mary and Martha felt crushed. Full of hope, they had sent word to Jesus asking him to come when their brother Lazarus was sick. They knew that Jesus loved Lazarus, and that he had the power to heal him, but Jesus didn’t come right away. Then Lazarus died, and Jesus arrived days later. Mary and Martha lost hope that anything could be done for Lazarus; Jesus had come too late.

Or did he? Grieving with his friends, Jesus said something strange to Martha, “I am the resurrection and the life.” She was confused. She knew Jesus had the power to heal people, but could he raise them from the dead? Soon after, Jesus did raise Lazarus from the dead, and he gave new hope to Mary and Martha. Death is not the end! Jesus had power over death! A short time later, Jesus himself would be raised from the dead. “I am the resurrection and the life” made sense then! The hope Jesus gave Mary and Martha spread to all his believers.

When someone dies, you will be sad. Death is a separation, and it hurts, but Jesus shows that the separation is not permanent. People who believe in Jesus will spend eternity with him living in heaven. Christians live with hope.

In the next chapter of John, Jesus predicted his death and resurrection. In John 12:23-24, he used an illustration of a seed to explain why he needed to die and come to life again. Seeds look like they are dead, but when they are put in the ground, they not only grow, they make new seeds that can be planted.

Plant some seeds in a container, water, and wait. Waiting is hard. It looks like nothing is happening, but there is hope. Watch for new life coming from the dirt! 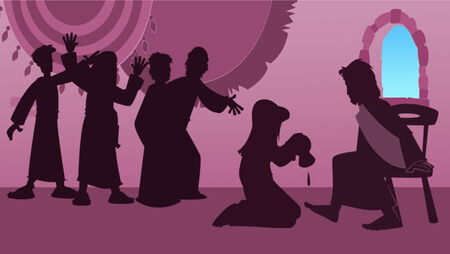