1. 1 Corinthians 15:58 says to, “Always give yourselves fully to the work of the Lord, because you know that your labor in the Lord is not in vain.” The work we do with our hands is the work of the Lord. Think about an example of a time when your work could be seen as the hands and feet of Jesus.

2. In Acts 5:12-42, the apostles were arrested and thrown into prison because the pharisees didn’t like all the attention they were getting from people. But even from prison, the apostles continued preaching the good news of Jesus. They could have run away in fear and continued to preach from another location, but the apostles knew they had to continue working on the task that God had given them. Even when they were threatened with death, they continued on with their tasks because they knew it was for the good of God’s kingdom. Their courage, strength and faithfulness also showed others what God was like. As you listen to today’s program, think about the strength and courage the apostles needed to accomplish their task while being faithful to God.

“Therefore, my dear brothers and sisters, stand firm. Let nothing move you. Always give yourselves fully to the work of the Lord, because you know that your labor in the Lord is not in vain.”

1. What are the names of Morrie’s, Chamy’s, and Lucille’s programs?

2. What country does Evan live in?

A: Come to Ireland and help start an internet radio station.

4. How do they raise the money they need?

A: They ask their listeners for donations.

In this episode, Liz has a hard time raising money to go to Ireland. Have you ever been tempted to give up on doing something that just isn't working? Sometimes giving up is the wise thing to do, but not always. Sometimes God wants us to persevere, to stand firm in what he has given us to do, even when there don’t seem to be any results. Many years ago the organization that produces Kids Corner began a ministry in the Arabic language. For three years there was no response. There was not a single letter or phone call. There was nothing to show that the work was reaching anyone. But the pastor and the organization persevered and today there is a successful Christian radio ministry in Arabic. Every day there are letters, text messages, and emails that show that the message is making a difference. Because the organization stood firm, their labor was not in vain.

Reflecting God’s image means that people around you can see God through your actions and words. If your actions are Christ-like, then God’s light will shine through you. Persevering is an important life skill. It not only helps you to accomplish something that is difficult, it builds confidence in your ability to take on challenging tasks. Next time you are tempted to give up on a difficult task, think about today’s story and the story of the apostles. Remember that you are working for God. Then make a decision to persevere, and remember to look to God for help. He will bless your efforts when you work for Him! 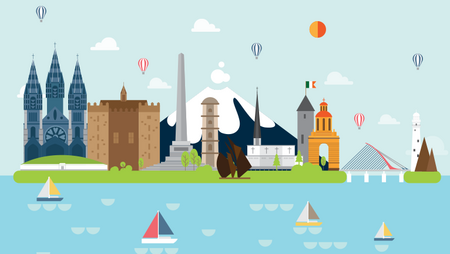