1. Colossians 3:23 says, “Whatever you do, work at it with all your heart, as working for the Lord.” Why is it important to do your best in all you do?

2. Has God ever asked you to do something hard? Then you should meet Noah. You can read Noah’s story in Genesis 6:9-22. Noah and his family were the only God fearing people left in the world. Everyone else was doing some really nasty things. God noticed all the bad things people were doing. God was angry—so angry he decided to destroy the world. But first, God had an important job for Noah and his family. He told Noah to build a huge boat. So Noah followed every direction God gave him. He worked for years and years building this boat. And then the animals came. Then the rains came. The water flooded the earth, but Noah and his family were safe. Why? Because Noah worked hard for God and didn't take the easy way out. Think about how Noah obediently worked hard for the Lord as you listen to this episode.

“Whatever you do, work at it with all your heart, as working for the Lord.”

1. What was Herculiz supposed to do in this story?

A: Bring food to a friend.

A: Virtue and Pleasure.

3. What did Granny give Liz for supper in the first dream? Why?

A: Nothing because he didn’t do any work

4. What was Liz's occupation in the second dream? Why?

A: Oarsmen because he played instead of studying.

In this episode, Liz learns some things about work. Some people say that work is a necessary evil. But that is not how the Bible views work. Even in the Garden of Eden, before sin entered the world, God gave Adam and Eve work to do. And the Bible says God “worked” when he created the world.

The way you do your work can be the most powerful preaching you ever do. Do you do your work well? Do you do it cheerfully? Can the people you work for and work with see the God you serve by the way that you serve them? Everything you do will either honor or dishonor God. If you do a good job washing a floor or giving a speech you can show that your real boss is God and you want to do your best for him. Do you know what work God is asking you to do? Whatever you are asked to do, work hard. Work cheerfully. Work for the Lord.

Is there a job that you don't like to do? Your homework? Cleaning your room? Cleaning up after dinner? Talk with your family about attitudes toward work. This week think about how when you do your work you are really working for God and do your very best. Then make up your mind to have this attitude for all your work all the time. 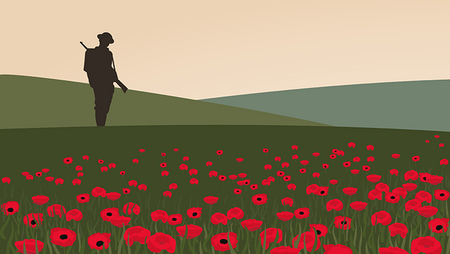