Theme: Be A Witness

1. Acts 16:31 says that if we believe in the Lord Jesus, we will be saved. What will we be saved from? Why do we need to believe in him to be saved?

2. Saul grew up as a very religious Jew. He went to a Jewish school and trained to be a Pharisee, one of the Jewish rulers. He was well-known for his wisdom and dedication to his religion (Philippians 3:4-5). But he never met Jesus. When other people began saying that Jesus was the Messiah that the Jews had been waiting for, Saul didn’t believe them. In fact, he got angry. He began traveling around arresting those who believed in Jesus. That’s why it’s so amazing that Saul became a missionary for Jesus. Jesus appeared to Saul, and he immediately believed in him and was saved. He even changed his name to Paul. He spent the rest of his life telling others what had happened to him so that they could have it happen to them too. He was a witness for Jesus. As you listen to this episode, think about what it means to be a witness.

“Believe in the Lord Jesus, and you will be saved.”

1. Why were Paul and Silas put into prison?

A: They healed the slave girl and she could no longer tell fortunes.

A: A woman who believed in Jesus and started a church in her house.

3. What happened while Paul and Silas were praying and singing?

A: There was an earthquake that caused the prison doors to open and the prisoner’s chains to fall off.

4. Why was the jailer ready to kill himself?

A: He thought all the prisoners had escaped.

In this episode, Liz and his friends put on a play about Paul and Silas in Philippi.

If you see a show on TV about a courtroom trial, you’ll see people who are called as witnesses. Their job is to tell about what they saw or heard or did. That’s what it means to be a witness—to tell others what you experienced. But it doesn’t have to be done in a particular way or at a particular time. If you saw an elephant on your way to school, you’d tell your friends because it would be exciting. You’d be a witness of what you saw. In the same way, you can be a witness for Jesus by telling people how you met him and what you’ve experienced with him.

Paul told others about his experiences whenever he could. In fact, there are two places in the book of Acts where he tells the entire story (Acts 22:1-16 and Acts 26:13-19). He never forgot that he had been an enemy of Jesus but that Jesus had chosen him to be a witness to others.

Think back over the past week. Have any exciting things happened in your life that you told your friends about? You probably even told them about some not-very-exciting things that happened. Read Paul’s story in Acts 22:1-16. If you have a story of when you trusted Jesus, write it down. If you don’t, ask someone you know to tell you theirs. 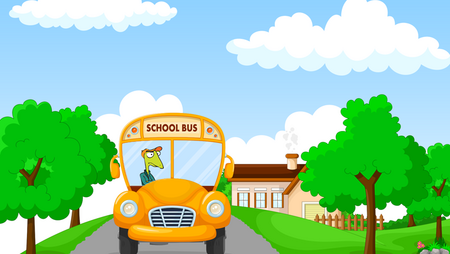