1. Proverbs 18:24 says “A true friend is closer than your own family.” Do you have any friends who are like family to you? How would define the word “friend”?

2. The apostle Paul had a true friend. In 2 Timothy 1:16-18, we read about Onesiphorus. Paul had been arrested and was in prison in Rome. There were Roman soldiers all around, and sometimes Christians were arrested for what they believed. It would have been easy for Onesiphorus to have avoided Paul. But Paul says that he “was not ashamed of my chains.” In fact, when Onesiphorus was in Rome, he searched everywhere until he found Paul. He went right into the prison and talked with Paul and cheered him up. That is a great example of a true friend. Think of what it means to be that kind of friend as you listen to today’s episode.

“Some friends don’t help, but a true friend is closer than your own family”

1. What are the names of the girls who are mean to Lucille?

A: Jen and Tiffany.

2. Why were the kids teasing Lucille by quacking?

A: Lucille’s shirt had a picture of a duck on it.

4. How did the police find the girls who egged Lucille’s house?

A: They looked for a bike with glow-in-the-dark tassels attached to the handlebars.

In this episode, Lucille was teased and made fun of at school. People she thought were friends turned out not to be. But she found out that the Lord is a true friend who never deserts us.

Do you ever feel lonely? Are there times when you think nobody likes you or cares about you? It’s important to know that everybody feels that way sometimes. Even the kids who seem most popular worry about being liked.

The Lord knows we’ll feel that way sometimes. That’s why he’s given us promises in the Bible that he will never leave us. When Moses was about to die, he said goodbye to the people who had followed him all the way from Egypt. He told them, “... The Lord your God goes with you; he will never leave you ...” (Deuteronomy 31:6). When Joshua took over as leader and prepared to lead the people, God promised him, “I will be with you; I will never leave you... “ (Joshua 1:5). And to all of us who worry about things in this world, God says, “... Never will I leave you...” (Hebrews 13:5).

Think of ways to remind yourself that God is always with you.

What else can you do to remember that you’re never alone? 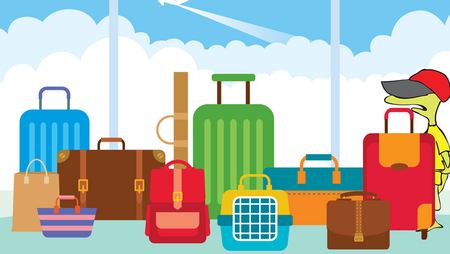