1. Proverbs 29:11 says, “Fools give full vent to their rage, but the wise bring calm in the end.” When has staying calm helped you?

2. Genesis 4:1-16 tells the story of the brothers Cain and Abel. Cain was a farmer, and Abel was a shepherd. Their parents, Adam and Eve, taught them to bring an offering to God. Abel chose the very best lamb he had to give to God. Cain carelessly grabbed some fruits and vegetables. God knew the care Abel had taken in choosing his gift, so God was pleased with Abel's offering. God also knew that Cain was thoughtless, so he was not happy with Cain's gift. How did Cain react? He got so angry when Abel's gift was praised and his gift was rejected that he ruined lives. He called his brother Abel to a field and killed him. God saw it happen. Cain's punishment was that he could no longer grow crops and that he must leave his family forever. Abel's life was over, Cain's punishment was for the rest of his life, and Adam and Eve lost both their sons. Think about how Cain’s anger ruined so many things as you listen to this episode.

“Fools give full vent to their rage, but the wise bring calm in the end.”

1. What is the matter with Spike?

A: He has an anger problem.

2. What did the lizard in Grandpa’s story have to do every time he got angry?

3. What did he get to do when he controlled his anger?

A: Take a nail out of the fence post

4. Who was the angry lizard in Grandpa’s story?

A: Grandpa, when he was a boy.

In this episode, Spike loses his temper and gets into trouble. He learns that anger leaves a mark.

When was the last time you got so angry that you lost your cool? What made you so angry? What did you do? After you cooled down, how did you feel?

Losing your cool when you are angry can really hurt others and yourself. Getting angry happens. But it's how you handle your anger that can be a problem. Developing self-control and a healthy way to express your anger is an important skill for you to learn! (Ephesians 4:26). There are some simple things you can do when you are feeling really angry. Try counting to 10, breathing deeply, or walking away until you cool down. You can also talk (not shout!) with another person about why you’re feeling angry. When we are too angry, we can’t do what God wants us to do or be who he wants us to be.

Make a plan for dealing with anger! What is the best way to deal with losing your cool? Think about three or more options for what to do when you feel anger sweeping over you. If you think about it before it happens, you have a better chance of staying calm. Make a plan for what you will do to cool down. Write down your plan so you won't forget it. Share your plan with your parents. Then act out some situations where you might get angry and try out one of your plans. Use your plan right away the next time you feel angry. 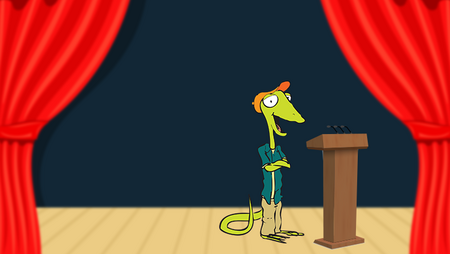 For the Love of Liz