Theme: Not getting what's deserved.

1. Romans 5:8 says, “But God demonstrates his own love for us in this: While we were still sinners, Christ died for us.” What does the word grace mean? Why do we need grace?

2. In Luke 15:11-32, you can read Jesus’ parable of the Prodigal Son. Prodigal means to spend foolishly and recklessly. In this story, a son asked his father for his inheritance while his father was still living. The son took the money and left, then spent it foolishly on frivolous things. After a while, he had no money left, no place to live, and no food to eat. He decided to go back to his father’s home, hoping to work as a hired hand. When his father saw him coming from a distance, he ordered a great celebration to be prepared and ran out to meet his son. He didn’t give him a job as a hired hand, but instead welcomed him back home. He forgave his son and gave him more than he deserved. This is what grace means. Think about getting better than you deserve as you listen to today’s program.

“But God demonstrates his own love for us in this: While we were still sinners, Christ died for us”

1. What was Spike saving up his money to buy?

2. Spike and Liz found a decoder message—what did it say?

A: The thief is among you

3. Who wrote the message?

4. Who actually broke the window?

5. Who paid for the broken window?

In this episode, Spike willingly pays for Billy’s mistake. One definition of grace is getting what you don't deserve—and that’s what Billy experienced in this story. Spike paid for the neighbor's broken window, even though Billy broke it. Grace is the basis of our salvation. If God gave you what you deserve, you would be condemned to die for your sin. But instead God gives you grace—he pays the penalty for your sin himself so that you don't have to.

Which is harder, to give grace or to receive it? It's hard to give grace, especially to someone who has hurt you and doesn’t feel bad or won’t pay you back. But sometimes it can be even harder to receive grace. Receiving grace means you have to admit that you’re helpless to pay for your own sin, and that you’re totally dependent on God to pay for it. It’s hard to be dependent and to admit that you’re helpless. It’s hard to realize that you don’t deserve what you’re given, or that you can’t possibly be good enough to receive salvation.

But deep down, you’re helpless. We all are! And as long as you fight against admitting this, you’re putting off receiving what Jesus died to give you. When you finally throw up your hands in despair and admit your helplessness and your need for his salvation, God is there with his gift of grace. He gives when you come with empty hands and an open heart.

One definition of grace is not getting what you deserve. Someone shows you grace when they forgive you after you make a mistake. Think about times when you’ve been shown grace. Is there someone you know who needs to receive your grace today? Can you extend grace to them? Will you tell them about God and his grace? On a sheet of paper, write the word “GRACE” in fancy letters. As you decorate the sheet with color, design or stickers, think about how you will show grace to the people you were thinking about. Share your ideas with an adult. 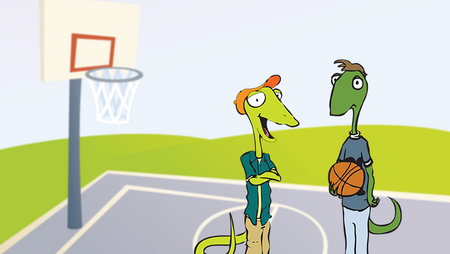