Theme: God celebrates when the lost are found.

1. Luke 15:31-32 says, “‘My son,’ the father said, ‘you are always with me, and everything I have is yours. But we had to celebrate and be glad, because this brother of yours was dead and is alive again; he was lost and is found.’” Why do you think God celebrates when even one person who was lost comes to love him?

2. Time for a contest between two brothers. Which brother deserves the “Worst Son Award”?

You can read the full parable in Luke 15:11-32. As you listen to today’s program, think about how both sons needed forgiveness.

“‘My son,’ the father said, ‘you are always with me, and everything I have is yours. But we had to celebrate and be glad, because this brother of yours was dead and is alive again; he was lost and is found’”

A: Skink and all the kids at the park stopped being Liz’s friend

2. Who figured out where the lost ring was?

A: Linda found the ring

3. Where do the Iguanas throw Liz and Morrie?

A: They’re thrown into a mud puddle.

4. Who is angry when Liz returns?

A: Linda is angry

In this episode, Linda is angry at Liz’s behavior, but later she sees how her behavior is actually like that of the older brother in the parable of the lost son. Jesus often told stories called parables to help people understand what he was trying to teach them. There were always a variety of people listening to him, such as his disciples, ”sinners,” and important teachers and leaders of the church. Different stories were meant for different people and for different reasons.

Do you think each group recognized themselves in the stories Jesus told? Did the disciples understand that they needed to find those who didn’t know Jesus (the “lost sheep” in Luke 15:8-10)? Did the “sinners” understand God’s love for them? (Luke 15:11-31) Did the Pharisees see themselves in the angry older brother because a sinner received forgiveness? (Luke 15:11-31) Did you see yourself in these parables? Could you see yourself acting like Linda, and like the prodigal’s older brother? Everyone has sinned and needs God’s forgiveness. The wonderful news is that God will forgive you. You just need to ask!

With a friend or your family, read the three parables Jesus told in Luke 15, then think about how you see yourselves in one of Jesus’ stories. Explain why you’re like one of the people Jesus talked about.

Do you see yourself as the older brother, angry because you’ve seen someone else be forgiven for something that you think is a really big deal? Do you sometimes feel lost like the sheep, and need to know that the shepherd loves you enough to come and find you? Are you like the woman who has lost something valuable and searches the whole house for it? Listen to your friend or family as they share who they’re like. 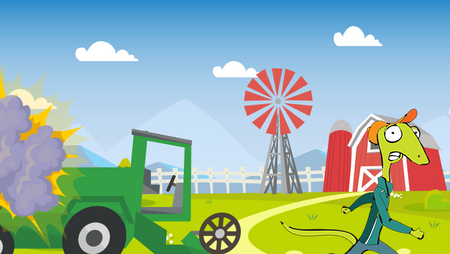