1. Proverbs 19:20 says, “Listen to advice and accept discipline, and at the end you will be counted among the wise.” What do you think this verse means? Describe a time that you were glad you followed someone else’s advice. Describe what happened because of it.

2.In Joshua 5:13-6:27, Joshua had just been named the commander of the Israelite army. His job was to lead this army and conquer each city in a brand new land, and the first city on his map is Jericho. Jericho has a thick wall all around it. There's no way to get into Jericho, but somehow he had to make a plan. How was he going to do it? Where does Joshua get advice from? An angel instructs Joshua to follow God’s commands for the attack on Jericho. Joshua receives God’s help to do a very difficult task. As you listen to this episode, think about the times that you've had trouble with knowing the best thing to do.

“Listen to advice and accept discipline, and at the end you will be counted among the wise”

1. What was making Lucille so busy?

A: A piano recital and a regular column in the newspaper.

2. What happened when she tried to do too many things?

A: She didn't do her homework and got a bad grade on a test.

3. Who did she talk to about her problem first?

A: Her mom first, and then Granny.

4. What did Granny suggest that she do?

A: Granny told her to call Mr. Hyde and ask if she could start writing the column after her piano recital.

So what should you do when you have a decision to make and you don't know what to do? Do what Joshua did—look for God’s answer in Him and in the people around you.

Identify a difficult decision that you are struggling with and design a 'plan of action' for making those tough decisions. Maybe some difficult decisions are what sport to play, or what project to tackle next, or how to confront a friend. Make sure your plan includes these three things: the Bible, prayer and the advice people you trust. Make a list of who you are going to consult when you face a difficult decision. 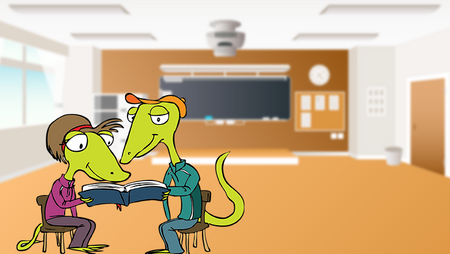 Can I Get A Witness?