Theme: Wanting it all.

1. Luke 12:15 reminds us that life is not in possessions. Why do you think we like to have so many things? Do we need them all?

2. In Luke 12:13-21 Jesus meets a man who wants to force his brother to share his inheritance . Jesus’ answer shows that the man’s relationship with God is more important than his money. He tells a parable about a foolish man who had a huge harvest, but instead of sharing the food with others, he tore down his barns and built bigger ones so he could keep all the grain for himself. God reminded him that all those riches would be useless when he died. As you listen to this episode, think about whether you want to be known for good things you have, or good things you do.

“Be on guard against every form of greed; life is not in possessions”

1. What were Liz and Spike doing at the park?

2. Who demanded part of the money they found?

3. What are some things that they bought with the money?

A: The latest X-Monsters video game, Lizzokey sunglasses, an expensive shirt, and a purse.

A: Granny Gecko and the ladies in her Bible study

A: To run an experiment about greed

In this episode, Liz and Spike become so eager to buy things for themselves that they make bad decisions.

Lot was the nephew of Abraham and Sarah. Lot had inherited flocks of sheep and goats, servants, and even tents. Lot had a lot of stuff.

In Genesis 13, Abraham said to Lot, “You and I have too many animals for this land, so I think we should separate. You choose which direction you want to move, and I will move the opposite direction.” Lot looked around, and greed grabbed his heart. In one direction, the land was so gorgeous that Lot thought it looked like “the garden of the Lord.” There was one major problem with that land, though—it was close to the wicked cities of Sodom and Gomorrah.

Because of his greed, Lot chose the beautiful land and pitched his tent near the town of Sodom. Eventually he moved right into the town. Several years later, the wickedness in those towns was so awful that God destroyed both Sodom and Gomorrah completely. Lot lost everything.

Greed is powerful. It creeps up and grabs hold of you. It can make you lie, or steal, or make bad decisions. The next time you feel greed wrapping its fingers around your heart, stop and tell God that you need his strength to take away greed’s power over you. If you don’t stop greed, it will eventually consume you—just ask Lot or Liz!

Sometimes the best way to “cure” greed is to give away something you care about. Look around your house and see if there are things that you could donate to a thrift store. Have everyone in the family join in! 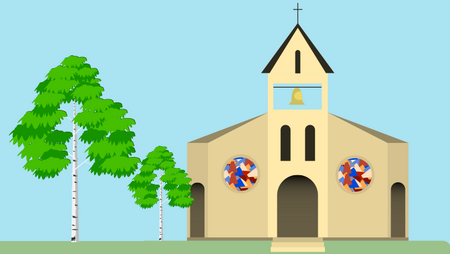