1. 1 Corinthians 9:25 talks about athletes who have who have trained their whole lives for their events. Have you ever had to train for a sport? Why do you need to practice?

2. Genesis 4:2-6 tells about Adam and Eve’s two sons, Cain and Abel. Cain was a farmer and Abel was a shepherd. When it was time to give an offering to God, Cain brought some of the crops he had grown. Abel chose the best of the lambs that he had for his offering to God. The Bible says that the Lord was pleased with Abel’s offering, but not with Cain’s offering. Do you know why?

God’ saw the effort behind the offerings. God knew that Abel had carefully chosen to give the best that he had to God, so God was pleased. God also knew that Cain had just grabbed something as his offering; Cain had done “just enough to get by,” so God told Cain that his offering was not acceptable. As you listen to today’s episode, think about whether you do “just enough” or give your best to your tasks.

1. In what sport does Rex Regal participate?

2. What does Liz order at the Pretzel Place?

A: A Hot Royal Mess.

3. What are two ways that people can donate?

A: They can donate one time only or donate dollars per mile.

4. Before the race, what almost stops Liz from running in the 10 km run?

A: The organizers had put his name in the girls’ division.

5. What have the race organizers put along the course to help the runners deal with  the heat?

In this episode, Liz thought he could win. He knew a few things about running, was inspired by a famous runner, and liked the good cause that running was supporting. But he didn’t actually want to do the hard work of running itself. So when it came time to run the race, he failed miserably.

Similarly, you can know a few things about Jesus, be inspired by people of faith, and like the good things that Christians do. But if you do not put the training into going to church, reading the Bible, and spending time with God in prayer, you will fail when it comes to sharing God’s love with others. You won’t win what Paul calls the “eternal crown”. Jesus inspires you to keep training by saying, “I am coming soon. So hold firmly to what you have, and no one will take away the crown that you will be given as your reward” (Revelation 3:11).

When you are in training, it helps to have a coach. Who is running alongside you and encouraging your Christian walk? Make a medal that says “Coach” for a person who is a role model for your faith. How will you decorate the medal? Will it have a crown to remind you of the eternal crown you are working for? Give your “coach” the medal and let them know that you appreciate the leadership they show. 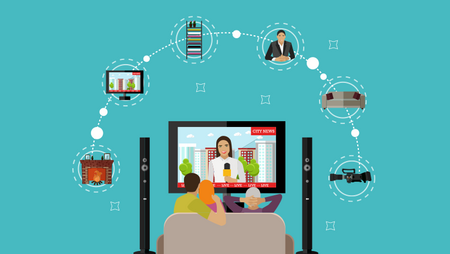