Theme: Putting other people's needs before our own.

1. Ephesians 4:2 says that we should bear “with one another in love.” To “bear with” someone is to be patient and loving, even when they might not deserve it. Why is it important to bear with others?

2. Have you ever thought about the relationship between Jesus and the apostle Peter? Peter was a headstrong man who often acted before he thought. When Jesus said he would have to die, Peter pulled him off to the side and scolded Jesus! (Mark 8:32). When Jesus was arrested, Peter pulled out his sword and cut off the ears of a servant (John 18:10). And later that night, Peter said he didn’t even know Jesus—three times! (Luke 22:55-61). You might think that Jesus would punish Peter or kick him out of the apostles. But after Jesus rose from the dead, he gave Peter an important job to do (John 21:15). Jesus was always willing to bear with Peter’s sins and mistakes and be patient with him. Think about what it means to be patient and bear with others as you listen to today’s episode.

“Be completely humble and gentle; be patient, bearing with one another in love.”

1. What happened when the kids were searching the cave for Scooter?

2. Which direction does a stalactite grow in a cave?

A: Down from the ceiling.

3. What did Scooter donate to the sacrificial giving booth?

4. What did Scooter’s dad find in the woods?

In this episode, Liz and his friends wait for Scooter to be rescued. They remember times when they were mean to Scooter and decide to be nicer to him when he is found.

Grace is giving someone something they don’t deserve. When we trust Jesus Christ, he gives us salvation even though we deserve punishment. That’s grace. Ephesians 4:32 says that we should forgive others in the same way Christ forgives us. We should remember that we are sinners who needed to be forgiven and we should treat others the same way. That’s how we can be patient and bear with others, even when they do us wrong.

Use the divided paper you made for the last episode, or make a new one using the directions below.

[Divide a piece of paper into thirds. Label one section "Iron", one "Silver", and one "Golden". Choose one of these scenarios, or think of one you have seen or experienced.

Draw or write three possibilities for how to respond. Iron is unkind. Silver is nice, but not the best. Golden is how you would want to be treated.]

Last time you focused on the Golden option. This time, look at the Iron. Have you treated someone this way? Are you able to give them an apology? Confess your sin to God. Look at the other options on your paper to see how to be better next time. Keep that paper for one more episode! 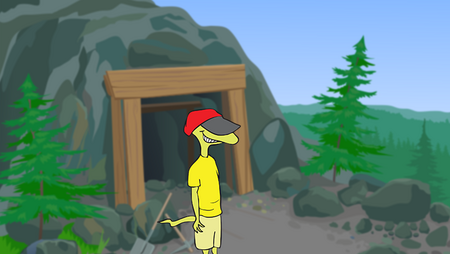