1. The world often tells us that when people are mean to us, we should get even with them to teach them a lesson. 1 Peter 3:9 says that we are to treat people better than they treat us. You probably have seen lots of people on TV or in movies who take revenge. Have you seen anyone who “repays evil with blessing”?

2. Ananias was a Christian living in Damascus soon after Jesus’ resurrection. A man named Saul, who hated everything to do with Christians, had travelled to Damascus to hunt for Christians, arrest them, and bring them back to Jerusalem to be jailed. Imagine Ananias’ shock when God told him, “Ananias, Saul is in Damascus. Go to the house where he is. He has lost his sight, and you are to go and restore it” (Acts 9:11-12).

Ananias had a choice to make: should he follow God’s command and help Saul, or should he hide? Ananias was scared, but he chose to trust God and to obey his command. As he put his hand on Saul, Ananias said, “Saul, Jesus has sent me so that you may see again and be filled with the Holy Spirit” (Acts 9:17). God used Ananias to show Saul how Christians should treat each other. As you listen to this episode, think about how you want to react when people are mean to you.

1. Where did Liz get injured by the ground ball?

2. How did Shaffelhaffen break his toe?

A: He dropped a frozen water bottle on it.

A: “Do unto others, as you would have others do unto you.”

4. Where did Cole leave Liz’s glove?

A: He left it in the school field.

5. At the end of the story, why did Liz admire Shaffelhaffen?

A: Shaffelhaffen did what was right and not the bad thing that his coach told him to do.

In this episode, Liz learns that a player that he thought was weak was really a great role model for living the Christian life.

It’s hard to find role models sometimes. Celebrities, sports players, and “heroes” you admire today turn out to be disappointments because, in the end, they are as human and sinful as everyone else. That’s why we’re called to be “imitators of Christ” (Ephesians 5:1-2) because he’s a role model that will never disappoint us. Jesus showed us how to repay evil with good. When he was falsely accused, arrested, abused, and even crucified, he responded, not with revenge, but with forgiveness. He died for the sins of those who persecuted him. That’s the ultimate way to “repay evil with blessing”!

Have you ever seen a line of dominoes fall over one by one? This is called the “domino effect,” where one action is followed by another action. God wants your daily life to have a domino effect. The people around you see what you do, hear what you say, and watch how you act. Your obedience to God will inspire someone else to obey and please God.

Set up a domino chain of your own! How many dominoes can you use? If you don’t have dominos, use blocks or something similar. See how one action can impact so many others! 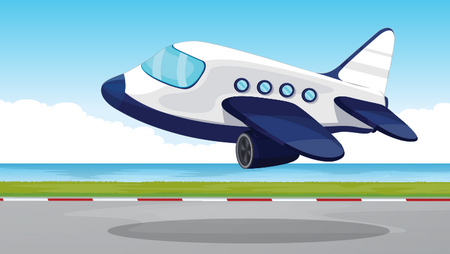