1. Nahum 1:7 says, “The Lord is good, a refuge in times of trouble. He cares for those who trust in him.” Why can we trust in God to take care of us?

2. Deborah was a judge who brought God’s word to his people. One day, Deborah called for Barak and told him that God had chosen him to lead 10,000 men and defeat the cruel Canaanites. Barak said to Deborah, "What? Me? Against 900 iron chariots? Hmmmm, how about this: I'll go into battle … but only if you, a woman, go with me. If you won't go, then I won't either."

Not much faith in God! Yet the story doesn't end here. Deborah said, "I'll go because I trust in God's promises." So Barak led the Israelite army, and with God's power totally destroyed every single chariot and enemy soldier. You can read the whole story in Judges 4.

“The Lord is good, a refuge in times of trouble. He cares for those who trust in him”

A: Because it was “Take Your Kid to Work Day”

A: He is a comptroller at Terrene Enterprises Incorporated

3. What was the name of the important person who was visiting that day?

In this episode, Liz created some big problems at his dad’s work. They reminded him that though we don’t always know why bad things are allowed to happen, we can still always trust God, no matter what. Thankfully, God worked things worked out for the best in the end.

What do you do when something is going badly for you? Do you worry? Or do you pray? When you pray, do you trust God to provide for your needs? To take care of you? Or do you pray and then wonder if God will actually live up to his promises? To pray and trust doesn’t mean you sit on your hands waiting for God to do something for you. It means you walk through each day thanking God for providing, and trusting in his care for you. When things are tough, this calls for faith, not fear. What is it about faith that pleases God? It’s your dependence on him, the fact that you know and believe in his goodness. Like children who come to their parents expecting good things because of parents’ love for them, so you can come to God with expectations of his goodness and faithfulness.

Like most things, we learn most about faith when we practice it. That is, when we exercise our “faith muscles,” our faith grows stronger. Sometimes we exercise those muscles when we decide to believe God is good and to trust in his care even when we don't feel it … even when we have trouble knocking at our door.

Exercise your faith muscles every day. Each day for a week, write down ways in which you experienced God's care, goodness, and faithfulness. Pray and thank God for these gifts each night. 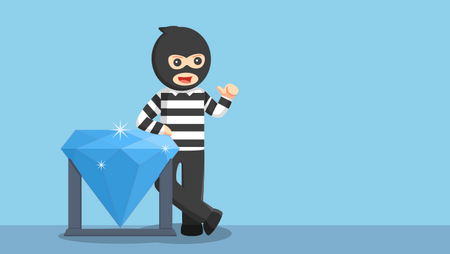