Theme: Trying to find identity and acceptance in God rather than man.

2. 2 Kings 5:1-16, tells the story of Naaman, who had leprosy. Naaman was a rich and powerful general. God healed Naaman of his leprosy. Naaman offered Elisha a gift of thanks. Elisha would not take the gifts. But his servant Gehazi had a different idea. Gehazi thought that if he told a lie he would get all of Elisha’s gifts. Read the rest of the story in 2 Kings 5:17-27. Gehazi thought he got away with it and even lied to Elisha. Gehazi was punished and lost everything, even his health.

Telling lies is not worth it. You might get something you want right now, but you lose the trust of other people. And even if they don’t know you lied, you know you did. God knows too, and that sin separates you from Him. As you listen to this episode, think about the power of telling the truth.

“Then you will know the truth, and the truth will set you free”

1. Who is studying psychological implications of Sudden Tail Drop-Off Syndrome?

2. What is the name of the snack that Liz and Melvin share?

3. What extreme sport does Liz try?

4. What is the name of the reporter who wants to tell Liz’s rescue story?

A: Liz was chasing a bug, it fell into the river, and… Liz ate it.

In this episode, Liz told a lie to make himself look better. You might know stories of classmates, friends and adults who have lied. You lie too. The Bible shows that the world is broken by sin, and that this is not the way things are supposed to be. With any sin, you need to call out the action and not the person. Just because someone lied does not make them a liar. How can you talk about the lie so that you can work for forgiveness and make things better? How can you bring back trust?

One way to talk about the lie is to explore why the person lied. Did they want something? Did they not want to be embarrassed? Were they scared? In our episode today, Liz lied because he wanted to be popular, and he did not want to be embarrassed. See the lie. Talk about the lie. Find the reason for the lie. Then find a way to forgive and build trust again.

Read these scripture passages and then pray this prayer to God about telling the truth.

Heavenly father, Your word is right and true. You are faithful in everything. Jesus, you even called yourself “the truth”. I search my heart Lord, and I know that you hate lying. But you are a friend to people who are trustworthy. Show me your ways Lord, and teach me your paths. Guide me in your truth. For you are God my Savior, and my hope is in you all day long. Amen.

Make a promise to your friends or family: “If any of us lies to the other, we promise to confess the lie within three days.” Fight lies with truth and find ways to build trust. 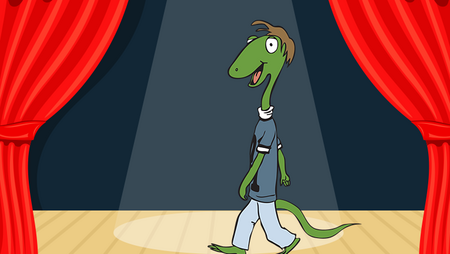