1. Proverbs 12:22 says, “The Lord detests lying lips, but he delights in those who tell the truth.” Why is telling the truth so important to God?

2. Who really should have won the following contests? If you didn't already know the story, whom would you choose as the winner?

David vs. Goliath:(1 Samuel 17) A teenager armed with a slingshot goes up against a 9 foot tall soldier with lots of weapons.

Moses vs. Pharaoh: (Exodus 5-11) A scared runaway has to tell the mightiest king in the world to set the Israelites slaves free.

Joshua vs. people of Jericho: (Joshua 6) A small group of people have to conquer a city protected by its thick walls.

The winners seem obvious. David was just a young kid. Moses was afraid of almost everything! And Joshua seemed to have no hope of getting through those walls. But the winners in these cases weren’t what we might expect. And that’s because these winners all had a secret—they were all doing what God’s told them to. Think about how following God’s instructions led to good outcomes as you listen to today’s program.

“The Lord detests lying lips, but he delights in those who tell the truth.”

1. What is a statistician?

A: A person who keeps track of what everyone does during the competition

2. When Liz practiced the log jump, what number did Morrie finally record?

3. When Morrie lies and tells Granny that he got 98% on his history test, what was his actual grade?

4. What is Morrie’s favorite cake?

5. Who tackles Spike as he tries to do the log jump?

In this episode, Liz and Morrie decide to lie so they can win, but it doesn’t exactly work. Is it OK to win something at all costs?

In Matthew 16:26, Jesus asks, "What will you gain, if you own the whole world but destroy yourself? What would you give to get back your soul?" That is, it doesn’t matter what you get when you cheat, you lose something of yourself by cheating. People who cheat know how they won. And other people playing probably know too, even if they don't say it out loud. Cheating to win is not winning at all.

In some of the most well known stories in the Bible, there are some unlikely winners (David vs. Goliath, Joshua vs. Jericho) What made them the winners? God made all the difference. They all believed in God and followed his instructions. None of them tried to win alone. They knew they couldn't win their battles without God. The winners are the people who still follow God. They don't try to win on their own. The losers think they can do everything without God. Today, are you going to be a winner or a loser? Follow God, and the choice is easy.

Can you think of a famous athlete who has been caught cheating? Talk about this with your parents. What do you remember about them? Why do you think they might have cheated? Do you think it was worth it for them to cheat? What did they gain by it? What could you have done in their position? Say a prayer to God asking him to help you when you want to cheat. 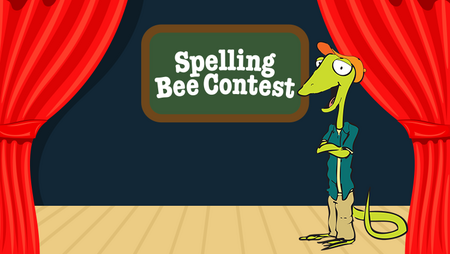