1. In 1 Corinthians 15:54, we learn that our bodies will someday be changed to be perfect. How does that make it easier to get through the problems you might have today?

2. Paul was a missionary. He was telling people about Jesus Christ in the town of Derbe when an angry mob attacked him. They threw stones at him until they thought he was dead, then dragged his body outside the city and left it. Paul recovered and went right back into the city (Acts 14:19-20). He never stopped telling others about Christ. He knew what it was like to face death. He was in danger many, many times. But he wasn’t afraid of death. In another letter, he explained how he viewed life. “For to me, to live is Christ and to die is gain” (Philippians 1:21). In other words, he served Christ every moment of his life because he knew, when he died, that he would be in a perfect place that was far better than this world. As you listen to this episode, think about how knowing you’re going to heaven makes it easy to live on earth.

“The bodies we now have are weak and can die. But they will be changed into bodies that are eternal. Then the Scriptures will come true, “Death has lost the battle!”

1. Where is Aunt Wilma going? What will she be doing?

A: To Phinistan to be a missionary.

2. What is Spike doing when he meets the rest of the gang at Daddy Oh’s?

A: Playing a video game.

3. Who stays to listen to Grandpa?

A: Scooter and Liz.

4. What did Mr. Gladhand do as a profession?

5. Who led Mr. Gladhand to Christ?

In this episode, the kids in Terrene deal with the death of a neighbor, and Lucille’s aunt leaves to be a missionary in a dangerous place.

What is the most amazing place you’ve ever been? Now imagine that place if it was completely perfect in every way. If your favorite place is an amusement park, imagine it on a day with perfect weather and free food and rides and all your friends around you. Pretty great, huh?

The Bible tells us that God has prepared things for us in heaven that are far greater than anything we can even imagine (1 Corinthians 2:9). And we can imagine some pretty great things. No matter how great a place we think of, heaven is better. And because we know this, it’s easier for us to deal with the struggles in our lives (2 Corinthians 4:17). Knowing heaven is waiting for us makes our problems seem small.

Want to dig deeper and learn more about what God has prepared for us? Check out Philippians 3:21, 1 John 3:2, and Revelation 21:4.

Ask your friends and family members what they think will happen after they die. Do they think about it? Do they worry about it? Don’t get in an argument, but use the verses from this devotional to talk to them about heaven and all that God has prepared for us there. 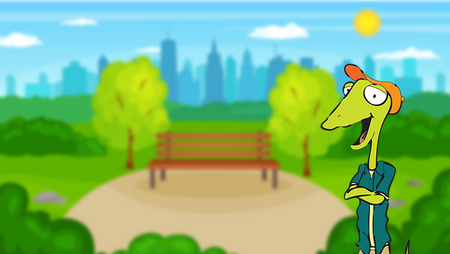