Theme: Life is not about having everything go perfectly.

1. James 1:3 says that we learn to endure by having our faith tested. Can you think of a time when something bad happened to you? Did it test your faith?

2. Acts 16:16-40 tells a story about Paul and Silas. Paul and Silas were going to prayer meetings,. But a slave girl with an evil spirit inside her kept following them. . She yelled at them loudly as they walked along the street. Finally, Paul healed her. But instead of being thanked, he and Silas ended up being beaten and thrown in prison! Who could have seen that coming? But even in prison, Paul and Silas understood that God was in control. They prayed and sang praise to God from their prison cell. As you listen to today’s episode, think about how you react when unexpected things happen.

1. When are Olivia and Roger getting married?

2. What do Julia and Lucille want to give as a wedding present?

A: They want everyone to do the work for free.

3. To get Spike to help, what did the gang have to promise him?

A: To go canoeing with Liz, and three pieces of chocolate cake.

4. With which teacher do Chamy and her parents have to meet?

A: Mr. Robinson, the history teacher.

5. Name some bad things that happened at the wedding.

A: Julia made the punch too early. Julia’s computer died. Chamy can’t come. Cynthia’s daughter is not feeling too well, and Lucille went to babysit. The cake fell. The pastor fainted. A storm came. A power outage happened.

In this episode the KC gang learns that God can work through unexpected failures and frustrations.

In the story from Acts 16:16-40, God rescued Paul and Silas from jail. But that wasn’t the last time Paul went to jail for preaching the gospel. Paul lived in a Roman prison for many years. His dark prison was sunk about 12 feet underground and smelled horrible. He might have had some straw to use as a bed. Some of the guards were cruel.

Paul’s life in prison was very difficult. But this is where he wrote three great letters to the churches of Ephesus, Colosse, and Philippi, as well as a personal letter to his friend Philemon. Today, these letters bless us as the Bible books of Ephesians, Colossians, Philippians and Philemon. God used Paul during his tough times to change people’s lives and give hope to other people who hurt. God is there in hard times. Nothing can separate you from the love of God.

Imagine that you were some of the ingredients. If you were the flour, would you like being mixed with goopy eggs? If you were the eggs or butter, would you like being beaten in a mixer? Would you like being shoved in a hot oven? We are like ingredients. God has a recipe to make us into something greater. But we don’t always understand how all the unpleasant parts are part of the plan. We have to trust when we are being “mixed” and “beaten” and “baked” that we are being made into something better and that God knows what he is doing. When your treats are done, enjoy how all the ingredients came together. Then share them with a friend and tell them about how you made them. 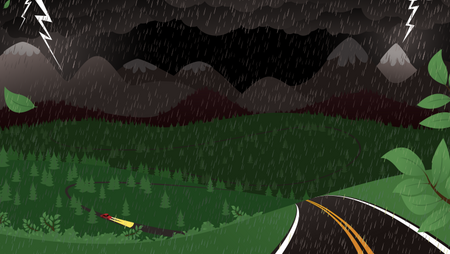