1. In Genesis 18, God planned to destroy the evil cities of Sodom and Gomorrah. Abraham pleaded with him to spare the cities if there were good people there. Abraham declared, “You are the judge of all the earth, and you do what is right” (Genesis 18:25). Is there someone in your life that you trust to do the right thing?

2. The apostle Paul had some really bad days. Shortly after he became a Christian, he heard that people were planning to kill him and were watching the city gates so he couldn’t escape. Paul hadn’t known Jesus very long, but he trusted that God was in control. He came up with a risky plan in which his friends lowered him in a basket through a hole in the city wall so that he could escape to another city (Acts 9:23-25). As you listen to this episode, think about how you feel on your bad days. Do you ever have trouble trusting in God?

“You are the judge of all the earth, and you do what is right.”

A: He gets a “C” on his math test, he loses out on winning the LRE game system he wanted, and Grandpa Anole hires Skink instead of him to trim his hedges.

2. What does Liz do instead of going to Bible study?

A: He hangs out with Spike.

3. What does Liz get caught doing?

A: Spray painting a railroad car.

4. What are the consequences for Liz’s actions?

A: He’s grounded for a month and has to repaint the railroad cars.

In this episode, Liz wondered what was the point of being a Christian if everyone else seemed to succeed while he didn’t. He felt better after he talked to Grandpa and understood God’s larger plan.

In Psalm 73, Asaph wondered why bad people seemed to prosper. He looked around and saw evil people who were healthy and rich, and who walked around without a care in the world. "When I tried to understand all this, it troubled me deeply, till I entered the sanctuary of God; then I understood their final destiny” (Psalm 73:16-17). When Asaph spent time in God’s presence with other worshippers, he was able to remember God’s goodness and justice.

If you’re doubting your faith, go to one of God’s people and share your frustrations. Spend time in church and in God’s Word. Be reminded of God’s goodness in your life and in the lives of others.

Want to dig deeper and learn more about people who doubted when times got tough? Check out just a few of the Bible writers who struggled with this: Jeremiah (Jeremiah 12), David (Psalm 13), and Habakkuk (Habakkuk 1:1-5).

At the end of Psalm 73, Asaph comes to this beautiful conclusion: “Whom have I in heaven but you? And earth has nothing I desire besides you.

My flesh and my heart may fail, but God is the strength of my heart and my portion forever” (Psalm 73:25-26). Put these verses on the front of an encouragement card for someone who may be struggling. Use your brightest colors to make your card as beautiful as the words. 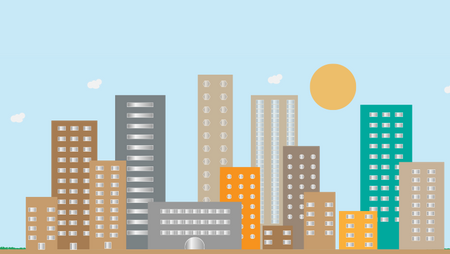