Theme: Quick to listen and slow to speak.

1. Joshua 22:33 says, “They were glad to hear the report and praised God. And they talked no more about going to war.” Have you ever jumped to the wrong conclusion?

2. Once the Israelites finally made it into Canaan, Joshua divided all the land between the 12 tribes. Some tribes received land on the other side of the Jordan River. Once they got there, they started worrying that they might forget each other and start fighting each other. They decided to build a big altar to remind them that there were Israelites living on the other side of the river too. It was a great idea, except for one little thing—they forgot to tell the other Israelites exactly why they were building this huge altar by the river. When the other Israelites heard about the altar, they jumped to the conclusion that the tribes had decided to worship another god. They decided to go fight the tribes. Once they met, they heard the reason for the altar and instead of fighting, they celebrated! You can read this in Joshua 22:15-34. Think about how jumping to conclusions without talking to the other person can cause problems as you listen to today’s program.

“They were glad to hear the report and praised God. And they talked no more about going to war.”

1. What video game were Liz and Morrie playing?

2. Why was Liz worried about Lucille?

A: She was too busy to talk to him.

3. What did Liz decide to do to find out what Lucille was doing?

A: He decided he and Morrie would spy on her.

4. What names did Morrie invent for himself, Liz, Lucille, and Skink?

5. What was Lucille doing?

6. What did Liz think Lucille was doing?

A: What did Liz think Lucille was doing?

In this episode, Liz jumps to the wrong conclusions. Jumping to conclusions is something we all do. Sometimes people do this when they need to size up a situation quickly to avoid a potentially dangerous situation. But other times people jump to conclusions about others that may not be true. Maybe you wanted to avoid getting involved with that person. Maybe you have decided whether or not you liked a person based on outward appearances. Too often you jump to conclusions because you don’t know the whole story. The Bible warns you to be quick to listen and slow to speak (James 1:19). That’s good advice. That way, you are less likely to jump to conclusions.

Play “Jumping to Conclusions” with your family. Have the players stand in a line, side by side. Have someone think of a real situation and reason. Ask them to say the situation (Jordan is crying) but not the reason (he fell and hurt his knee). Everyone should give a possible reason (his sister hit him, he didn’t get a candy, etc ...) and take a jump forward. Continue this way until you are out of logical conclusions or someone guesses the correct answer. Let each person take a turn. After, talk with your family about how you need more information before you make a conclusion because there are so many possible reasons!.

Pray now and ask God to help you be quick to listen and slow to speak so that you won’t jump to a wrong conclusion and you can be kind to all. 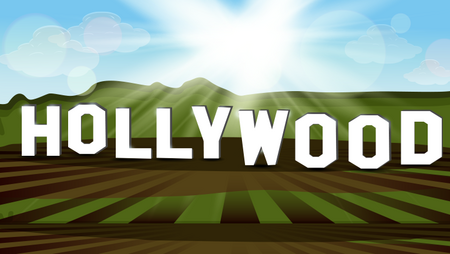