1. As you think about Proverbs 17:17, what comes to mind? Can you think of a friend who loves you like this? Are you this kind of friend to others?

2. When Saul was king of Israel, his son Jonathan became best friends with David. 1 Samuel 18:1-3 says, “... Jonathan became one in spirit with David, and he loved him as himself.” The two young men promised each other that they would remain friends and take care of each other’s families. Years later, after Saul and Jonathan were dead, David asked if there were any members of their family still alive. He learned about Mephibosheth, Jonathan’s son, who was crippled (2 Samuel 9). David brought Mephibosheth to his own house and treated him as though he was his own son. Jonathan was gone, but David’s friendship was still strong. Think about what it means to be a true friend as you listen to today’s episode.

1. What are the names of Lacey’s friends?

A: Jen and Tiffany.

2. How did Lacey react when she learned she had to cut back?

A: She didn’t see why she had to give things up.

3. Why did Jen and Tiffany tell Lacey they couldn’t be her friends anymore?

A: Lacey couldn’t go shopping or go to the party with them.

4. What did Lucille do when she heard about Lacey’s problem?

A: She continued to be her friend, even when Lacey was mean to her.

In this episode, Lacey discovered that her friends weren’t true friends. They abandoned her as soon as they found out her family was poor. But Lucille demonstrated to Lacey what a true friend is.

In 1 Corinthians 13:4-7, the Holy Spirit gives us a great definition of friendship. These are the characteristics of true love. “Love is patient, love is kind. It does not envy, it does not boast, it is not proud. It does not dishonor others, it is not self-seeking, it is not easily angered, it keeps no record of wrongs. Love does not delight in evil but rejoices with the truth. It always protects, always trusts, always hopes, always perseveres.” If there is someone in your life who treats you like that, that person is a friend. In return, as a friend, you should model that same kind of love.

As you read 1 Corinthians 13:4-7 and Romans 12:9-21, evaluate yourself. In what ways do you show the love of a true friend? In what areas could you do better? Make a list of your friends and write down one thing you can do with or for each of them to be a better friend. 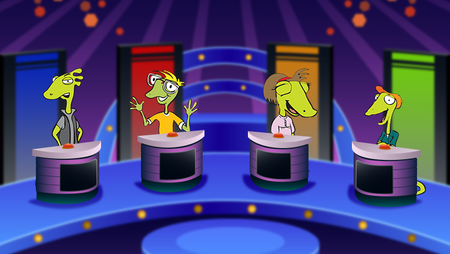