2. Daniel 1 tells about a group of young Israelites who were captured and taken to Babylon. They were chosen because they were good looking and smart. They were to be trained to serve in the king’s palace. The king commanded that they were to have food from his table—the finest available in the land. It would have been easy for the young men to go along with the king’s plan. They could have risen quickly into an important position in the palace. But one of the young men, Daniel, knew the food was against God’s laws. He refused to eat it. He risked his life to stand up for what he believed. He decided that doing what was right was more important than impressing people. God protected him, and before long, Daniel was given a high position in the land. Think about what it means to have a good reputation as you listen to this episode.

1. What was the name of the game show host?

2. Why did Liz decide to change his name to Lizzer?

A: The show host thought that Liz and Lucille were a team of two girls, and the other contestants were teasing him about his name.

In this episode, Liz is tempted to cheat to win a contest. But good advice from Lucille and his dad convinces him that his reputation is more important than winning.

In the apostle Paul’s day, there were some people who believed that keeping God’s laws was a way to become rich. In 1 Timothy 6:6-10, Paul wrote that living for God for the right reasons is far better than being rich. First, trying to become rich makes people do things that are wrong. It can lead them into sins that they can’t escape. Second, Paul says that when we die we can’t take our riches with us. All the effort we spent to get money will be a waste. Only those things that we did for the Lord will remain when we get to heaven.

Take a nice crisp piece of paper. Write "Reputation: Reflecting Jesus." Decorate it any way you like. Then crumple it up in a ball until it is all crushed. This is what happens when we sin, and choose the easy way instead of God's way. Now open the paper up again and spread it out flat. God has forgiven you! But is the paper as nice as it was before? Are you reflecting Jesus as well? The wrinkles that won't quite come out show the damage to your reputation. Is doing things the easy way worth damaging your ability to reflect Jesus to others? 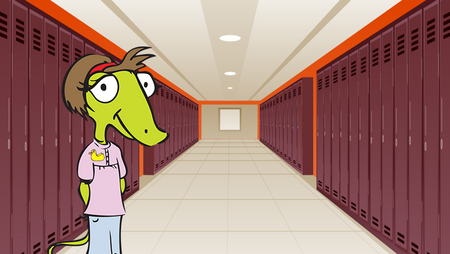 Closer Than A Brother