Theme: Value each moment and make it matter.

1. In John 10:10, Jesus talks about the difference between him and thieves. What do you think he meant when he said he came so people can have life “to the full”?

2. In Acts 9:36-41, we read about a woman named Tabitha. She was known around the city of Joppa because “she was always doing good and helping the poor.” We don’t know all the ways she helped people, but we do know that she spent a lot of her time making clothing for poor widows and others who didn’t have very much money. When Tabitha got sick and died, her friends sent some men to get the apostle Peter, who was in a nearby city. When Peter went to Joppa, the widows who Tabitha had helped showed Peter the clothing she had made. They were very sad that she was dead. With the power of the Holy Spirit, Peter raised Tabitha from the dead. He took her by the hand and led her to the where the widows were crying. When people in the town found out what had happened, many of them trusted Jesus Christ.

Making clothes might not seem like a big deal, but Tabitha’s good works helped a lot of people. As you listen to this episode, think about how important it is to use your time and opportunities to help others.

“The thief comes only to steal and kill and destroy; I have come that they may have life, and have it to the full”

1. Why was Grandpa walking in the park?

A: He was remembering his old friend, Jack.

2. What did Jack do for Jimmy (Grandpa) on his birthdays?

3. What did the boys name the big fish?

4. What is unusual about the way Jack’s clock chimes?

A: It skips the fourth chime.

5. What was in Grandpa’s satchel?

A: A shovel, binoculars, gloves, a magnifying glass, a tape measure.

In this episode, Liz helps Grandpa remember his old friend Jack and how kind he always was. Along the way, Liz and Grandpa are both reminded of what it means to live life to the full.

The Bible says a lot about the importance of time. God wants everybody to know him and trust him. He has given Christians the job of telling people this. He also wants us to help people and do good things for them. None of us know how much time we have left, or how much time the people we’re helping have left. The apostle Paul wrote: “Be very careful, then, how you live—not as unwise but as wise, making the most of every opportunity, because the days are evil” (Ephesians 5:15-16).

For a week, start each day by making a schedule of the things you have to do. Look for open times, and think about where you’ll be and who you’ll be with. Write down some ideas for ways you can help people or tell them about Jesus. You may not have the opportunity, but if you write down ideas, you’ll be more likely to be thinking about it. When you do help someone or talk to them about Jesus, give yourself a big star on your schedule. See how many stars you get by the end of the week. 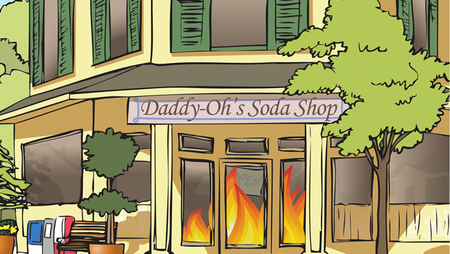