2. Genesis 12:10-20 tells about a time when Abram and Sarai went to Egypt. There was no rain, which meant no crops were growing. But in Egypt, there was plenty of water and food. So Abram decided to move there for a while. Before he left, he said to his wife, “Sarai, you are so beautiful that some Egyptian will want to marry you. Let’s say you are my sister instead of my wife.” He did not want to tell the truth. Abram was right. Pharaoh himself wanted to marry Sarai. Pharaoh took her to one of his palaces and gave Abram lots of stuff. Fortunately, God was looking out for Sarai. God caused serious disease in Pharaoh’s house until Pharaoh asked Abram why he had lied. Pharaoh let Sarai go back to Abram. He didn’t say, “Abram, your truth is different, but that’s okay.” He said, “Abram, why did you tell me this lie about Sarai?” Think about what total truth means as you listen to today’s program.

“Your word is the truth.”

2. What does Granny call the belief that “If your way works for you, then it’s fine.”

3. What club do Spike and Liz join?

A: The weight training club

4. What does Steve tell them will help them get bigger muscles?

A: The pills that Steve calls “vitamins.”

5. Why do Lucille and Julia cut in line ahead of Cindy?

A: To show that even Cindy believes in the absolute truth that it is wrong to cut in line.

In this program, Lucille struggled to find the meaning of truth. Have you ever heard this sentence: “I promise to tell the truth, the whole truth, and nothing but the truth”? What exactly does it mean? If someone is testifying in a court, the judge wants to make sure the person is telling the truth—no lying. The judge doesn’t want the person to leave out any details of the truth either—that’s the whole truth part of the sentence. Lastly, the judge doesn’t want the person to add in anything that might change the truth—that’s the nothing but the truth part.

Why is the truth so important? What’s the big deal about changing it just a little? The world tells you each day that it’s okay to bend the truth if it helps you. The Bible says God created the truth. It says you are to hang on to the truth, the whole truth, and nothing but the truth! Do you think you could do that? It sounds too hard! But it isn’t hopeless. The Bible tells you that the God of the Bible is the God of truth and that God speaks the truth (Isaiah 45:19). The Bible is the best for figuring out what else is truth.

Ephesians 6:17 says, “Take the helmet of salvation and the sword of the Spirit, which is the word of God.” The Bible here is called a sword. This may seem strange because a sword is used for battle and is sharp. The Bible is used to prepare and protect you for spiritual battle. Have you ever thought of the Bible like this?

Draw a sword on a piece of paper. Write “I believe God’s truth” on the sword. Hang it in a place where it will remind you to be prepared with God’s truth always. 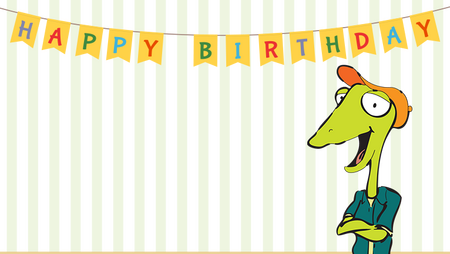