Theme: How do you make a good decision?

1. Galatians 6:7 says, “You harvest what you plant.” Can you think of a time when you harvested what you had ? Have you changed because of it?

2. One person who harvested what he planted was Jacob in Genesis 27. Jacob knew that God had chosen him because God told his mother before Jacob was even born. But Jacob didn’t wait for God’s plan to unfold. He tricked his father into giving him his older brother Esau’s blessing. When Esau found out, he threatened to kill Jacob. Jacob ran away and could not return to his family for 20 years. Jacob’s choice ripped his family apart.

Ruth also harvested what she planted. Ruth was married to Naomi’s son. But Ruth’s husband and Naomi’s husband died in Moab. Naomi decided to return to Israel but told Ruth to stay in Moab. Instead, Ruth decided to stay with Naomi and take care of her—even in a foreign country like Israel. Because she made this loving choice,Ruth married an honorable Israelite named Boaz. She became a grandmother of King David and Jesus Christ. You can read the end of Ruth’s story in Ruth 4. Think of how both Jacob and Ruth “reaped what they sowed” as you listen to today’s program.

“You harvest what you plant”

1. What does Morrie ask Liz to do?

A: Work with him on an extra credit history project.

2. What does Spike need?

A: A study partner for the big history test coming up

3. How could Liz help Lucille?

A: By helping her with her dog walking business.

4. What project does Liz have to do at home?

A: Work in his garden and study for his history test

5. What does Liz do instead?

A: He is busy with plans for his birthday party “extravaganza.”

6. How does Liz do on the history test?

A: How does Liz do on the history test?

In this episode, Liz learns a hard lesson about reaping what you sow. This is a lesson that you start learning as a young child. You may get away with things for a while, but eventually it catches up with you and you are reminded again that what you sow, you will reap.

Everyone sins, all the time. And, when you sin, you need a savior. But God does not leave you without hope. This is one time where you don’t reap what you sow. You deserve a punishment for your sins. Instead Jesus takes your punishment. Those who believe and trust in him are free from the consequences of sin and free from death. You don’t earn it and you don’t deserve it. But God takes away the consequence because of his great love for us. Love is what God sows and eternal life is what you reap.

Reaping what you sow means that your choices will have consequences—either for good or bad. God can still forgive you even if you make a bad choice. But you still will have to face consequences. Think of a situation where you might have to make a difficult choice. Write it down. Beside, make two columns: Good Consequences and Bad Consequences. Share your thoughts with your family and listen to their ideas as well. Encourage each other to make a wise decision. Ask God for help. The consequences just may delight you! 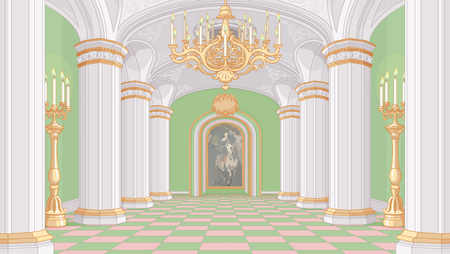