Theme: Taking care of the environment.

1. Genesis 1:31 says that everything God made was good. We also learn in Genesis that God made everything. How do we take care of God’s creation today?

2. When David was a young man, he took care of his father’s sheep. This meant that he was often out in the wilderness alone with the animals. He had a lot of time to observe the animals and birds that God created. He also wrote poetry. Many of his poems are in the Bible in the book of Psalms. In them, David refers to God’s creation and shows how much he appreciated what God had made. In Psalm 103:5, he mentions eagles. Later, in Psalm 103:15-16, he talks about grass and flowers and the wind. In Psalm 17:12, he calls his enemies lions. He knew a lot about lions because he had to kill at least one that was attacking his sheep (1 Samuel 17:34-37). As you listen to this episode, think about all God has created for us to learn from and enjoy.

“God saw all that he had made, and it was very good”

1. What was Liz and Spike’s new job at school?

A: Cleaning up the trash on the playground.

3. What kind of machine did Chamy build?

A: A machine to clean the water in the bayou.

4. What did Chamy believe in instead of God?

In this episode, Liz learns why it’s important to care for God’s creation.

Have you ever wondered why God made the universe the way he did? He made it for us. He created things that give us food so we can be healthy. He created flowers and birds and the sky so we can enjoy them (Genesis 2:9).

But there’s another reason God made the universe—to teach us about him. Psalm 19:1-6 tells us that the sky teaches us about God’s power and creativity. Romans 1:20 says that God’s existence and power can be seen from his creation. Nobody will ever be able to say to God, “I didn’t know about you,” because all we need to be sure there is a God is to look around us and see the things he’s made.

Some people go way too far and begin worshiping animals and stars and other things God created instead of worshiping him. This is a sin. But we should look at nature and worship the God who made it all for us to use and enjoy and learn from.

Look around your neighborhood. Is there a field or patch of trees where people have thrown a lot of garbage? After checking with your city or town or the owner of the land, organize your family and friends to clean it up. Find out where to put the garbage and what to do if you find something you shouldn’t touch. While you’re picking up paper and other garbage, look around and enjoy God’s creation. See what you can find that tells you a little bit about him. 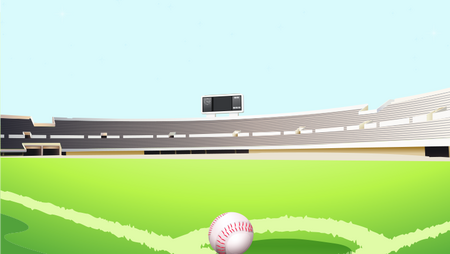