Theme: With God all things are possible.

1. Judges 4:14 says, “Then Deborah said to Barak, ‘Go! This is the day the Lord has given Sisera into your hands. Has not the Lord gone ahead of you?’” Where have you seen God “going ahead of you” in your life?

2. What a demanding life Deborah had! She was a judge and a prophetess in Israel. She spent her days listening to the Israelites’ problems and then deciding cases and settling arguments among them. Unfortunately, Israel had been conquered by another country with a wicked king who loved being cruel to the Israelites. After 20 years of being slaves, the Israelites cried to the Lord to save them. God heard their cries and was ready to help. He told Deborah how he would save the nation. Deborah listened to God’s instructions and sent for a man named Barak. She told him that the Lord would lead him into battle and into victory. But Barak was so scared that he told Deborah he would only go if she went with him. What did Deborah do? She trusted God and God gave the Israelites a great victory. You can read this story in Judges 4:1-16. Think about Deborah’s trust in God in such a tough situation as you listen to today’s program.

“Then Deborah said to Barak, ‘Go! This is the day the Lord has given Sisera into your hands. Has not the Lord gone ahead of you?’”

1. Why was Liz telling the stories of Deborah and Gideon?

A: He was doing it for a school report on some favorite people from history

2. Who was the commander of the enemy army?

3. Who was the king of Canaan?

4. Who was to lead the Israelite army?

A: A woman named Jael

In this episode, Liz and his friends present a play telling the story of Deborah. When God told Deborah how he was going to defeat Israel’s oppressors, he also told her to call Barak to lead the army in battle. But Barak was afraid and insisted that Deborah accompany him into battle. Deborah agreed, and they defeated Israel’s enemies. Deborah had more courage than Barak. Her courage was taken from her trust in God and his power. What a important lesson! When the odds seem stacked against you, you can have the courage to do the right thing because you have the power of God on your side. When you trust in God’s plan and follow his instructions, you too might get to be part of an exciting event. Read God’s Word, spend time in prayer, and obey his instructions. They just may be the beginning of a great adventure! 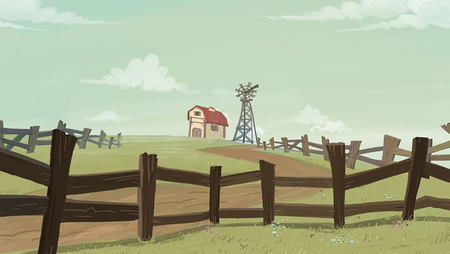