1. Proverbs 15:27 says, “Anyone who always wants more brings trouble to his family.” Greed is wanting more and more for ourselves. What does God say about this?

2. Elisha was God’s prophet and God used him to help people. When Elisha healed a rich man named Naaman, he wouldn’t accept any reward from Naaman, because he knew his power came from God and not from himself. But Elisha had a greedy servant named Gahazi. After Naaman left Elisha’s house, Gehazi secretly chased after him. Gehazi lied to Naaman and said that Elisha had changed his mind and decided he would like some of the money and clothing after all. Naaman was happy to give these to Gehazi. When Gehazi got back home, Elisha knew what had happened and was very angry with him. Gehazi’s punishment for his greed was to receive the leprosy that Naaman had been cured of. Because of his greed, he suffered from this awful disease for the rest of his life. You can read Gehazi’s story in 2 Kings 5:20-27. Think of how Gehazi’s greed affected his life and his relationship with God and Elisha as you listen to today’s program.

“The greedy bring ruin to their households, but the one who hates bribes will live

1. What was Lucille writing about for the Terrene newspaper?

A: The 50th anniversary of the Terrene Town Square

2. What did Liz find in the old newspapers that also happened 50 years ago?

A: A jewel robbery that had never been solved

3. Why did Andy’s son Robert come to see the time capsule opened?

A: He knew his father had taken the jewels and hidden them under the time capsule, but had never been able to retrieve them

4. How did Liz figure out the mystery?

A: He read the same stories as Andy did, which gave him the clue about  where Andy hid the jewels.

In this episode, greed really hurt the founding family of Terrene. Gerald’s father owned all of Terrene, but his own son didn’t love him.

Sometimes people are greedy when they’re afraid they won’t get what they need or want. They can also be greedy when they want to have more than anyone else. In Colossians 3:5 Paul calls greed “idolatry.” Greed is when our want for things is more than our want for God; it’s also not trusting in God to provide for your needs. Greed is only thinking about yourself, when God wants you to care for others more than yourself. Greed is forgetting that God is the rightful owner of all that you have.

What’s the best way to fight an attack of “I WANT MORE!”? Sharing. Sharing is the opposite of greed. Is there something of yours that your little brother or sister would love to have? Can you let it go? How about your new toy or game?? Can you give it to someone who might not have as much as you do, and would love to have something new just for them? Share something you have or can do with someone else. Write down two ways you can share yourself with someone else. Tell someone in your family your plan, and then do it today! You’ll love the feeling you get from sharing! 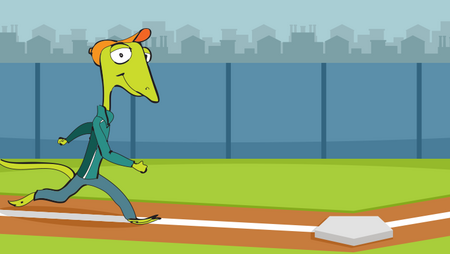