2. Do you know what was the first recorded sin of the early Christian church? Here’s the story from Acts 5:1-10: Ananias and his wife Sapphira were believers in the new Christian community. Ananias and Sapphira sold some land. They decided to bring some of the money from the sale of the land to the church. But Ananias told everyone that they were giving all of the money from the sale to the church, not just some of the money. God told Peter, the leader of the church, that was a lie. Peter said that because Ananias lied to God, he would be punished. With that, Ananias fell down dead. Several hours later, Sapphira came looking for him. Peter asked her, “Is this all of the money from the sale of your land to the church?” Sapphira answered, “Yes.” She fell down dead also and was buried next to her husband. Think about God’s reaction to their dishonesty as you listen to today’s program.

1. What did Grandpa want to put in the display case?

A: A baseball signed by his boyhood friends

2. What happened to the baseball?

A: Liz and Scooter lost it

3. What did Liz and Scooter do to cover up what they did?

A: They lied and blamed it on the Iguanas

4. Who called the police?

In this episode, Liz and Scooter try to cover up what they did by lying.

Sometimes you might be tempted to tell a little lie (or a big one) to make yourself look better. You might want someone else take the blame for something that you did. It’s not a nice thing, but it’s because of something that’s in all people—sin.

Why is it such a big deal to tell a little lie? When you tell one lie, you often have to tell another and then another to cover it up. One little lie can turn into many different lies. Also, when you are not truthful with others, they won’t trust what you say any more, even when you are telling them the truth. Eventually lies make you feel rotten inside.

God hates lying (Proverbs 12:22).He wants us to be honest with him, with ourselves, and with others. Telling the truth, the whole truth, and nothing but the truth is the only way to live. You can be free to be honest because you know you are loved by God just the way you are.

Have you ever been caught in a web of lies? Take some yarn, thread or string.Begin at the outer corner of the room. Tell a lie (for example, “I don’t like ice cream”) and wrap the yarn around a different object in the room (chair, table leg, counter cabinet). Keep lying and wrapping, working your way towards the center of the room, until it looks like a big spider web. What does it feel like to be trapped in that big web?

Discuss with your family how lying is like a web. When you choose to lie, you get trapped in it. Lies often lead to more and more lies. Is there something right now that you have lied about? Can you make it right by telling the truth and apologizing to the person you lied to or about? 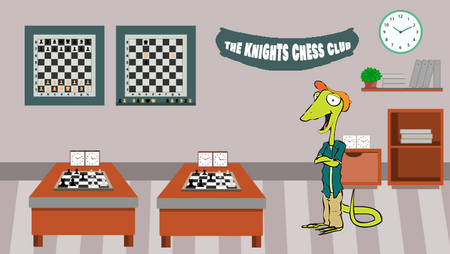