1. In Esther 4:14, Esther and her cousin wondered about an important job that Esther is called to do. When God chooses someone for an important job, what kind of person does he choose? If you were God, how would you choose the best person?

2. In Luke 1:26-28, Mary was called by God for the important job of being the mother of baby Jesus. An angel came to her with this overwhelming news. Mary wasn’t a princess, or well-educated, or rich. She was an ordinary Jewish girl living in an unimportant town. At first she is troubled by the news and full of wonder. The story ends with Mary’s strong statement of her faith in God, saying, “I am the Lord’s servant. May your word to me be fulfilled.” As you listen to this episode, think about that God often chooses people, like Esther or Mary, we wouldn’t expect for important jobs. What job might God be calling you?

“And who knows but that you have come to your royal position for such a time as this?”

1. Why was it courageous for Esther to go to the king?

A: Because she didn’t have the king’s permission, he could have had her killed.

2. What did the king do when Esther came to see him?

A: He extended his scepter to her and listened to her request.

In this episode, Liz tells us the conclusion of the story of Esther. God chooses people we wouldn’t expect for important jobs. Esther was a small-town girl from Israel, 500 miles from the king’s palace, where the story takes place.

What about you? God may choose you soon for an important job. God isn't looking for someone rich or powerful. He's looking for someone who loves Him and is willing to serve. The job God calls you to might be a small task in one moment or the job might be a way to serve that will be very hard and take your whole life to do. Will you be ready when God calls you for an important job? The first step just may be saying, "OK, God, I'll follow you today!"

Draw circles to represent the different areas of life God had placed you in, like your family, your neighborhood, your classroom, and your friends. What do you think God wants you to do in these places? Write in the circles some things you can do in these places to show that you are a child of God. 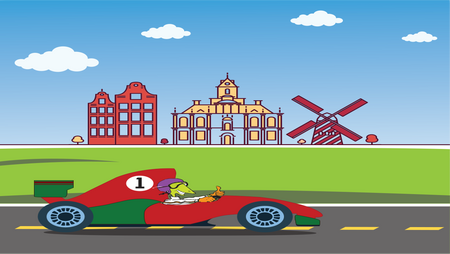