Theme: God is in control- not us.

1. 1 Peter 5:6 says that we should humble ourselves so God can lift us up. When we humble ourselves, we stop thinking we can do everything by ourselves. What do you think it means that God will lift us up when we do this?

2. In Joshua 6:1-21, we read about the Israelites defeating their enemies. The city of Jericho was surrounded by a strong wall, but the Israelite army had already beaten a lot of other armies. Joshua could have tried to knock down the wall or the gates to get inside and conquer the city. But instead he humbled himself and let God deal with the problem. God told him to circle the city with his army every day for a week—which doesn’t sound like a good way to win a battle! They weren’t supposed to fight or even talk. On the seventh day, God told the Israelites to circle the city seven times. When the priests blew on their horns, the walls fell down and the Israelites entered the city and conquered it. They won because Joshua was willing to be humble and let God care for his people. As you listen to this episode, think about how important it is to turn our problems over to God.

“Humble yourselves, therefore, under God’s mighty hand, that he may lift you up in due time. Cast all your anxiety on him because he cares for you...”

1. What do Chamy’s parents do for a living?

2. What part of the brain does Chamy say stores memories?

3. What song played when Chamy’s parents first danced together?

A: Lizards in Love.

4. What did Chamy drop on her dad’s head to make him stop saying stuff about her mom?

5. What did Lucille tell Chamy to do when she has no control over things?

In this episode, Chamy is determined to find a way to keep her parents from divorcing. She finally realizes that she needs to trust God instead.

When we see other people dealing with problems, we often want to try to fix things. We sometimes think we know the right thing to do. After all, the Bible tells us to warn others who are getting into trouble, encourage those who are sad, and help the weak (1 Thessalonians 5:14). We’re supposed to try to fix things, right?

We are supposed to help others, but we can’t do it with our own strength. And some problems are too big for us to fix—like when parents are fighting or getting divorced. When that happens, we need to stop thinking we can fix things. We need to ask God for his will to be done. He may not do what we want, but he promises to take care of us.

Want to dig deeper and learn more about letting God care for you and not trying to fix things yourselves? Check out Psalm 46:1; 2 Corinthians 12:7-10; and Philippians 4:6-7.

What problems do you have in your life? They can be personal problems or problems with your friends or family. Write a poem or story or draw a picture that helps you remember to pray and ask the Lord to help you. Include words from the Bible verses you read in this lesson. Post it where you can see it so you remember to pray and ask God to worry about your problems so you don’t have to. Take some time to share what you have made with an adult you can trust to talk over your problem and pray about it. 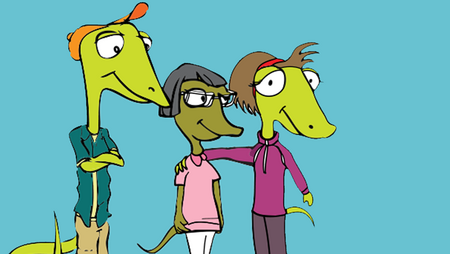