Theme: Realizing God Can Use You Anywhere

1. Proverbs 3:5-6 says that we should not rely on our own understanding. Why is it a problem to think that we know what’s best for us?

2. In Acts 16:16-40, Paul and Silas were telling people in the city of Philippi about the Lord. There was a place down by the river where Christians would meet to pray. One day, when the two men visited, a girl who had a demon living in her followed them. Paul helped the girl by getting rid of the demon. Some men from the town were angry because the didn’t want the girl healed. They had Paul and Silas beaten and thrown in prison. Of course this isn’t what Paul and Silas wanted when they helped the girl—but God had a reason for letting it happen.

When an earthquake shook open the doors of the prison, the jailer thought all his prisoners had escaped, and he was about to kill himself. But Paul and Silas were still there, and they told the jailer about Jesus. The jailer believed and became a Christian. God was able to use Paul and Silas, even when they were prisoners. As you listen to this episode, think about ways that God can use you, even when your plans don’t work out.

“Trust in the Lord with all your heart and lean not on your own understanding; in all your ways submit to him, and he will make your paths straight”

1. What meeting was taking place at the beginning of the story?

A: The campfire sub-committee for the young lizards’ camp.

2. What was Liz’s first song about?

3. Why did Lucille’s stomach hurt?

A: She had appendicitis.

4. Who was Lucille’s roommate in the hospital? Why was she there?

A: Abby. She had cancer.

5. What did Liz realize at the campfire?

A: That the kids and God deserved the very best from him.

In this episode, Lucille gets sick and can’t lead the campfire at camp, but she can help her roommate learn about God. Liz learns that God can use him as long as he’s being honest.

It’s good to make plans. If we don’t think ahead about what we need to get done, we won’t finish anything. Homework, for example, will never get completed if you don’t make time to do it. But many of times our plans don’t work out the way we think they will . Things go wrong or other more important things come along.

In James 4:13-14, James talked about the plans we make. He said that we don’t even know what will happen tomorrow, and we certainly can’t know what will happen a year from now. But he didn’t say that we shouldn’t make plans. We should just make them while trusting that God knows what’s best for us. “Instead, you ought to say, ‘If it is the Lord’s will, we will live and do this or that’” (James 4:15). And no matter what happens, we should always be ready to tell others about Jesus.

Want to dig deeper and learn more about how God’s plans are more important than our plans? Check out Romans 8:28, Colossians 3:17, and 2 Timothy 4:2.

On a piece of paper, write down a day-by-day plan for the next week. List where you’ll go, what you’ll do after school and on the weekends, who you’ll see. Keep track during the week to see how often your plans change. Watch for opportunities to talk to other people about Jesus or to help them with a problem. Next to your plans, write down ways that you saw God use you, even when your plans changed. 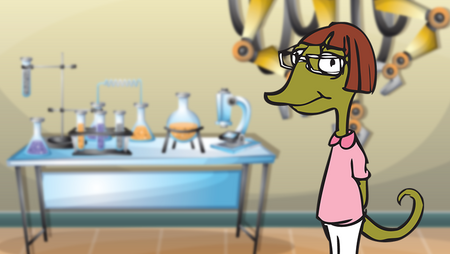