Theme: The importance of having, and being a friend.

1. Ecclesiastes 4:12 says, “A cord of three strands is not quickly broken”. Why is it harder to break three strings than one string?

2. In 1 Samuel 19:1-7, you can read about the friendship of Jonathan and David. Jonathan was the son of Saul, the first king of Israel. God took the kingdom away from Saul because he was disobedient. That meant that Jonathan would not be the next king of Israel. God chose David instead. Even though Jonathan knew David was going to be the next king, he was still friends with him. Many times, Jonathan even protected David and helped him escape from Saul when Saul was trying to kill him. Jonathan put himself in danger when he warned David about Saul’s plans. In the end, to be safe, they could no longer be together. But Jonathan and David’s friendship was one of true love and devotion. Think about what being a true friend means as you listen to this episode.

“A cord of three strands is not quickly broken.”

1. What must Scooter do each day for Skink?

A: Scooter has to pay Skink “protection money”.

A: He was the first mayor of Terrene.

3. What’s Linda doing in her room?

A: Listening to music and reading poetry.

4. When her mother requested it, who does Linda go to visit?

5. What’s the first thing Liz does?

Someday you may face a bully just like Jonathan did. You will have the same decision to make about what to do. If you do, be sure to let an adult know about what’s going on. Also, it’s important to be a good friend to the person who is being bullied. They probably need a good friend! You can tell someone who is being mean to stop it. You and the person being bullied can then walk away together. You don’t want to let a bully hurt others. But no one should have to face a bully alone.

Share what you’ve learned! Write an “infomercial” about what to do if someone you know is being mistreated or bullied. Be sure to list the strategies to try. Make it fun and informative! Use lots of expression in your voice as you record your commercial and share it with your family and friends. 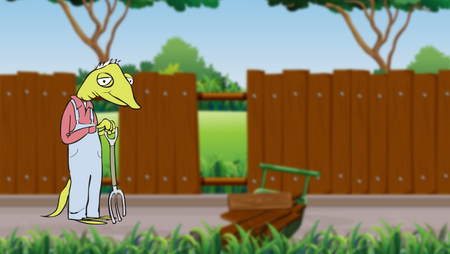