1. In Isaiah 49:23, God promises that those who hope in him won’t be disappointed. What does it mean to “hope” in the Lord? How would you describe this hope to someone else?

2. For a long time, King David had to run for his life. King Saul wanted to kill him, and David had several close escapes. There were times when he was frightened and discouraged and disappointed. He felt like there was no hope for him. But he never forgot that God was watching over him. And when he was finally safe and free from Saul’s anger, he didn’t forget that it was God who delivered him. He wrote a song of praise to God in which he said, “In my distress I called to the Lord; I called out to my God. From his temple he heard my voice … He rescued me from my powerful enemy ...” (2 Samuel 22:7, 17). You probably don’t have people chasing you and trying to kill you like David did. But if God can help David with his disappointment, he can help you with yours. As you listen to this episode, think about how God is always there to help us deal with all of life’s disappointments.

1. What competition do Liz and Lucille enter?

A: The Young Lizard Lawn and Garden Society’s competition for the best clean-up of a lawn and garden.

2. Who asks them to help him clean up his lawn?

3. Who is the judge of the competition?

4. Who does Linda have a crush on?

5. Who does Manny end up liking best?

In this episode, Liz and his friends learn to deal with disappointments and discover that God will never disappoint them.

In Philippians 4:6-8, the apostle Paul tells us how to deal with disappointment and worries. He says to pray about them, and he promises that when we do, God will fill us with his peace. He won’t necessarily take our problems away, but he will give us everything we need to see them through. But Paul doesn’t leave us there. We can’t just stop thinking about our problems unless we think about something else instead. And that’s just what Paul tells us to do. He says that instead of thinking about our disappointments, we should think about good things, things that are true, noble, right, pure, lovely, and admirable. In other words, think about all the good things God has given us and has promised to give us in the future. That will help us deal with all our problems.

The apostle Paul likes lists. You’ve already seen his list of good things to think about in Philippians 4:8. In Romans 12:12, he gives us another list, a checklist of things to do when live is difficult. It’s a short list—the whole verse is only ten words long. Memorize the list, and use it to help you remember what to do whenever you’re disappointed. 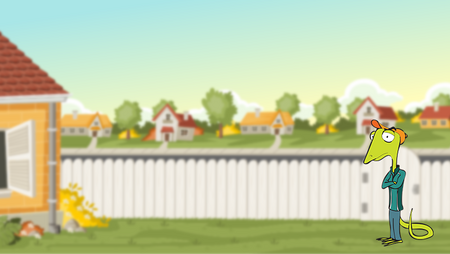