Theme: The bad kind of pride.

1. Luke 18:14 says, “For all those who exalt themselves will be humbled, and those who humble themselves will be exalted.” The opposite of being humble is being proud. It’s okay to be proud of a job well done, and to have positive self-esteem, but can you think of times you’ve felt the bad kind of pride? The kind that makes you think you’re better than other people?

2. King Hezekiah began his reign by serving God. He repaired the temple and led Israel to worship God again by celebrating Passover and bringing sacrifices. However, instead of always putting God first, he slowly started to think that he didn't need God. The Bible says "God's anger came upon him and Judah. Then Hezekiah repented [asked God's forgiveness] of the pride of his heart, as did the people of Jerusalem" (2 Chronicles 32:25-26). Think about the struggle with pride as you listen to this episode.

1. Who is the director of the school play?

A: Building the sets

4. What does Miss Wattle warn Liz about?

5. Who plays Old Ben when Liz is replaced?

This episode shows us the bad kind of pride, the kind that puts all the attention on making you look good. Instead of being proud, you need to love others and love God, who is the giver of good gifts. Pride is sneaky. As it says in this episode, it’s "like a sunburn." It creeps up on you and makes you think you don't need God. It makes you feel like you can handle things without him, or even better than he can. God hates the sin of pride, because it turns our hearts away from him and away from loving others. Be on the watch for pride! If you realize you’re falling into the trap of being proud, the best thing to do is ask God's forgiveness.

1. Look for someone at school that seems to have poor self-esteem, and find a way to build up him or her. Maybe you could compliment a talent you see in them. Focus on them instead of on yourself.

2. Being grateful to God and serving others are the keys to battling pride. Find an opportunity to serve those who are less fortunate, such as volunteering to serve dinner in a homeless shelter, distributing coats to the homeless in the winter, or collecting school supplies for needy children. 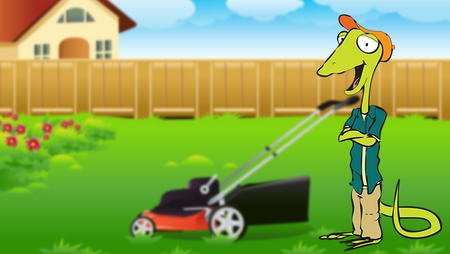