1. Romans 12:12 says to be "faithful in prayer" and Nehemiah 4:9 says, "we prayed to our God and posted a guard." Think about the things you pray for each day. Do you pray and then forget about it? Pray that God's Spirit will show you what He wants you to do (or even if he just wants you to wait and keep praying).

2. Esther was a young Jewish woman who was chosen from many women to marry the Persian king Ahasuerus. King Ahasuerus did not know that Esther was Jewish, and he was tricked into making a law that all the Jews were to be killed. Esther's uncle told her that this might be the very reason God had made her queen. Esther asked the Jews to pray and fast (fasting is when you choose not to eat, but to pray instead). Only then did she take action! Esther decided to approach the king about the law, even though she might die if she came to see him without an invitation. God moved the king’s heart to allow Esther into his presence. She then invited him to a banquet, where she told him what had happened. The Jewish people were saved! (You can read the whole story in the Bible, in the book of Esther.)

Be joyful in hope, patient in affliction, faithful in prayer

1. What did Jenny pray about?

2. After she prayed, what did she do?

A: She took babysitting classes.

3. What was Mark praying about?

A: His brother's need for financial support for the mission field.

A: Mark organized a craft fair to raise money.

5. What did Liz do when the old man chased him away?

A: He prayed for him.

6. What kind action did Liz and his friends perform?

A: What kind action did Liz and his friends perform?

The theme of this episode is prayer and action. God wants us to pray and listen to learn his heart, THEN go and take action as he leads. In this episode, Grandpa said that we listen to God by reading the Bible and letting his Spirit guide us.

It’s easy for prayer to just be a routine. Sometimes all we’re doing is asking God for “stuff.” Sometimes we take action without praying about it first. We need both: first prayer, then God-directed action.

1. Share your prayer stories with your family (just like Grandpa asked people to share in this episode). Tell them about a time when you prayed, then took God-directed action, and how it turned out.

2. Share about a situation that you’ve been praying for. Brainstorm with your family about what you could do to be Christ's hands and feet in the situation. Pray about the suggestions your family gives you, and see where God leads you. Be sure to go back and tell your family what happens! 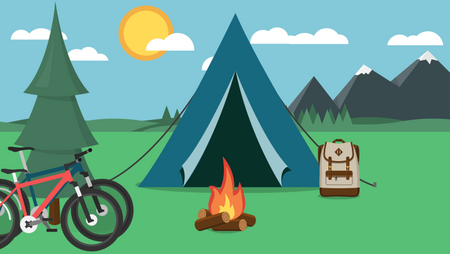