1. In Philippians 3:13-14, Paul compares his goal of becoming righteous to a runner who is going as fast as he can to win a race and get a prize. Why do you think Paul uses this example? What sort of things would someone racing for righteousness do?

2. Paul wrote the memory verses in Philippians 3:13-14. You might wonder what he knew about never quitting something he started. After all, wasn’t he an apostle who was protected by God? He was, but that didn’t mean he didn’t have problems that might have made him quit. In 2 Corinthians 11:23-28, he listed some of the problems he faced in his missionary work, telling people about Jesus Christ. He was thrown into prison, beaten, whipped, pelted with stones, shipwrecked and left for dead. He even had people trying to kill him. Most people would have decided that being a missionary wasn’t the life for them. Most people would have quit. But Paul didn’t quit. Instead, he wrote the book of Philippians — from prison. As you listen to this episode, think about what it means to finish what you start and not quit.

“Brothers and sisters, I do not consider myself yet to have taken hold of it [righteousness]. But one thing I do: Forgetting what is behind and straining toward what is ahead, I press on toward the goal to win the prize for which God has called me heavenward in Christ Jesus.”

1. Why did the coach say Liz had to sit out a game?

A: Liz didn’t come to practice with a clean uniform.

2. What did Liz do when the coach told him he couldn’t play?

A: He stayed at home and decided to quit the team.

3. What did the coach say when Liz didn’t show up for the game?

A: Even if he couldn’t play, Liz should have come to support his team.

4. What made Liz change his mind about quitting?

A: He had a dream about all the people of Terrene and even God, quitting.

In this episode, Liz makes the football team. But when he has to miss a game because he broke a rule he thought was silly, he had to learn an important lesson about finishing what he starts.

What would it have been like for us if Jesus had quit? He came to earth to save us, but he was mocked and beaten and nailed to a cross. Galatians 2:16 says that we were saved by the faith of Christ. That might seem strange to you. Why did Christ have to have faith? He was God! But “faith,” in that verse, means “faithfulness” or “perseverance.” It means that Christ was faithful and did what needed to be done — including dying on the cross — instead of quitting. If he had quit, none of us could be saved.

Paul used an example of a runner in a race to show the importance of continuing until the end and not quitting. You and your family and friends can do the same thing. Design a ribbon that says, “I didn’t quit.” When someone is doing something hard, like homework, or something boring, like yardwork their parents told them to do, encourage them with the memory verse from this lesson. If they finish what they started, reward them with the ribbon. Then it’s their turn to catch someone else not quitting and reward them with the ribbon. 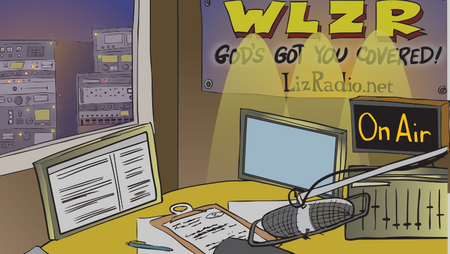