2. Esau and Jacob were twin brothers. Esau was just a few minutes older than his twin brother, but he was still older. And that meant that he would inherit all his father’s property as head of the house. But Genesis 25:29-33 tells the story of how that all changed. One day, Esau was out hunting in the wilderness. When he got back to the family tents, his brother was cooking dinner. Esau was hungry and asked for a bowl of stew. Jacob said he’d give him one—if Esau gave him all his rights as the oldest child. At that time, the family birthright was very important, but Esau thought it didn’t matter. He agreed to give it all up to satisfy his hunger for just a couple minutes. For a bowl of soup, he gave up his rights, his responsibilities and his place in the history of God’s chosen people. As you listen to this episode, think about why it’s important to have the right attitude at all times.

“Whatever your hand finds to do, do it with all your might.”

1. What game did Liz want to play with Spike?

A: His dad didn’t appreciate his work in the yard. He just criticized Spike for what he forgot to do.

3. What were the names of the guys in Grandpa’s story?

A: Blinky and Beans.

4. Why didn’t they get the job at the radio station?

A: Because of Blinky’s bad attitude.

5. What was Blinky’s attitude?

In this episode, Liz gets discouraged and decides that nothing matters. But Grandpa Anole tells him a story that convinces him otherwise.

An ambassador is a person who is sent by the leader of a country to represent him or her in another place. The ambassador represents the leader at all times.

When we trust Jesus as Savior, we become his ambassadors (2 Corinthians 5:20). We represent him to everyone we meet. If people see us not doing our best or not caring about things, they will think that Jesus doesn’t make a difference in our lives. When we have a good attitude about the things in our lives, other people will notice and want to follow Jesus too!

Want to dig deeper and learn about the importance of a good attitude? Check out 2 Corinthians 5:10, Colossians 3:17, and Colossians 3:23.

Keep a journal of everything you do for a day. After each activity, write down how it could help you represent Jesus to another person. How can you do that activity for him? What might happen if you did each thing with a bad attitude? At the end of the day, read what you’ve written and ask the Lord to help you have a good attitude about everything you do. 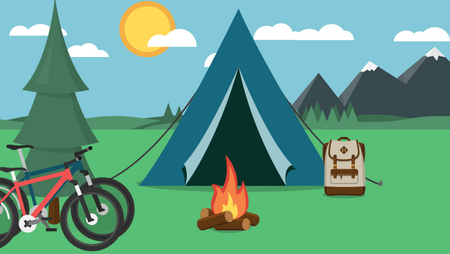