1. The old saying goes: “Sticks and stones may break my bones, but words can never hurt me”. But Proverbs 18:6 says that foolish talk can get you into trouble. Why are words so important? In what ways can words hurt?

2. 2 Kings 2:23-25 tells the story of Elisha. He was a prophet to the nation of Israel in the Old Testament. One day he was walking along a road. Some young men in a nearby town saw him walking and came out and began teasing him. Over and over they said, “Get out of here, baldy!” We aren’t sure why they called him that. It’s possible that he had his head shaved as a way to show he was a prophet of God. But the young men should have known better than to tease someone who was doing the Lord’s work. Elisha called two bears to come down out of the woods. The bears attacked the young men and badly injured 42 of them. It was probably a long time before anyone in that town made fun of a prophet again. As you listen to this episode, think about how teasing can cause trouble for you, and for others.

“Foolish talk will get you into a lot of trouble.”

1. Where were Liz and his friends going with the Reptile Guides?

2. What did Scooter pack to take on the campout?

A: His teddy bear.

3. What did Scooter tease Morrie about?

A: His fear of mountain lions.

4. What name did Scooter use for Liz?

5. How did Scooter tease Spike?

A: By repeating everything Spike said.

In this episode, Scooter is upset that he isn’t part of the gang, so he gets back at everyone by teasing. Very soon, things get out of hand.

You and your friends probably have fun teasing each other. Most of the time, nothing bad comes from it. But teasing can quickly get out of hand and feelings can be hurt. The Bible says that should love people and treat them as we would want to be treated. It even says we should treat others as if they are more important than us (Philippians 2:3).

If you met a king or queen or president, you wouldn’t make fun of him or her. You’d be very polite and careful what you said. You’d want them to think well of you. And you certainly wouldn’t want to say anything that might make them angry or sad. We should treat everyone the same way we would treat a king or queen.

Want to dig deeper and learn more about how we should treat others? Check out Colossians 3:12, Colossians 4:6, and James 3:5-6.

Think of the people you see everyday—family, friends, kids at school. Are there some that you tease a lot? Have you ever hurt their feelings? Before you see them next, think of something you can say to them that will make them feel good about themselves and you. When you see them, say that nice thing instead of teasing. 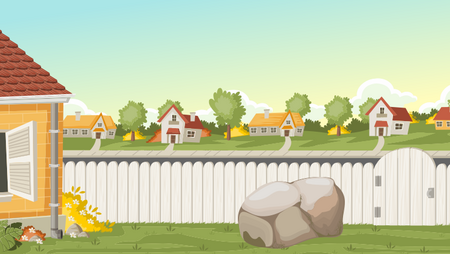