Theme: Taking care of our bodies.

1. Romans 12:1 tells us that we should offer our bodies to God. What are some ways you can serve God by how you take care of your body?

2. In Daniel 1, Daniel followed God’s laws when it came to food. The king invited Daniel to eat food from his table. But the king’s food was unclean according to God’s laws, so Daniel refused to eat it. He asked that he and his friends should eat different food instead. At the end of the month, the king discovered that Daniel and his friends were healthier than the others who ate the king’s food. As a result he was allowing himself to do his best work for God. As you listen to this episode, think about the different ways that your body, and the way you treat it, can serve God’s plans.

“Your bodies are a holy sacrifice that is pleasing to God. When you offer your bodies to God, you are worshipping him”

1. What did Liz bring to the picnic for lunch?

A: All his favorite junk food.

2. What happened when Liz, Morrie, and Scooter went swimming?

A: Morrie and Liz got cramps and had to be rescued.

3. How did the doctor challenge the kids to improve their eating habits?

A: He challenged them to omit junk food from their diets for one week.

In this episode, Liz and his friends learn the importance of eating well. 1 Corinthians 6:19 teaches us that our “bodies are temples of the Holy Spirit.” You are called to honor God with your body, and that includes valuing it and taking care of it. God encourages you to take care of your whole being. That’s because you belong to God both physically and spiritually.

This is another way to show gratitude to God—by taking care of what he gave you through exercise and healthy eating habits. When you take care of your body, you also proclaim that God is worthy of your best.

Do you take good care of yourself? 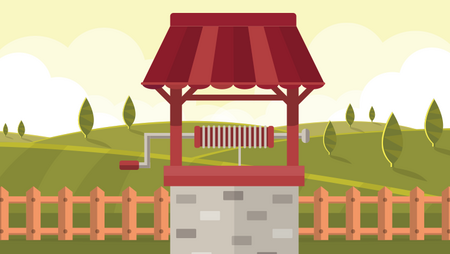