Theme: Let's not be distracted. Let's focus on helping others.

1. Philippians 2:4 invites you to pay attention to what’s important to other people. Why would you want to do that? How does paying attention to others’ interests build community?

2. Have you ever heard of Diotrephes? In 3 John, John says that Diotrephes is a source of trouble in his church. Diotrephes will not welcome John and his team and he even speaks badly about John. Not only that, but Diotrephes “refuses to welcome other believers. He also stops those who want to do so and puts them out of the church.” Why would Diotrephes act this way? John describes Diotrephes as someone “who loves to be first.” Was Diotrephes so focused on himself that he didn’t see the harm that he was doing to others? Did he care? Wanting to be first prevented him from serving others and even being nice! Think about how to show hospitality as you listen to today’s program.

“Let us not look out for our own interests, but also for the interests of others”

1. In the beginning of the story, what kind of spaghetti is Granny making in the church kitchen?

2. What level did Liz achieve on his game?

3. Where is Scooter’s family living?

4. At the end of the story, how does the community of Terrene help raise money?

A: They support the outdoor hot dog and sowbug cookout.

In this episode, Liz and the gang are distracted by their own interests. Technology kept them from being present and they all missed that Scooter really needed their help. It took a power outage and a rescue mission for everyone to really pay attention!

In the Gospels, Jesus talks frequently about serving others. In fact, in John 15:12, Jesus says, “This is my commandment, that you love one another as I have loved you…” How can you love and serve others they way Jesus loves and serves you?

Pick a few people that you would like to spend time with this week. Maybe it’s a family member, a quiet neighbor, a new classmate, or a friendly team member. Maybe it’s someone that you don’t know well, but that you want to learn more about. Now think about what kind of activity they would like to do. How can you make the time special for them? Show some hospitality! Challenge yourself to do two activities for other people this week! 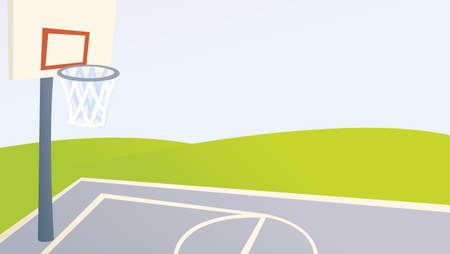