Theme: God celebrates when the lost are found.

1. Luke 15:31-32 says, “‘My son,’ the father said, ‘you are always with me, and everything I have is yours. But we had to celebrate and be glad, because this brother of yours was dead and is alive again; he was lost and is found.’” Do you think God rejoices when even one unbeliever comes to believe in him? Why?

2. Jesus told a story about a shepherd who had 100 sheep. When he counted his sheep. he realized that one sheep was missing. What did he do? He left the 99 other sheep alone while he searched and searched for that one lost sheep. He looked until he found it. Then he put the sheep on his shoulders and headed for home. He called all his friends and neighbors and said, “Rejoice with me; I have found my lost sheep!“ (Luke 15: 6). Jesus told another story about a woman who had 10 silver coins and lost one of them. She searched her entire house. She didn’t stop until she found that missing coin. Then she called her friends and neighbors and said, “Rejoice with me; I have found my lost coin“ (Luke 15: 9) Jesus also told the story of a son who asked for (and received) money from his father, then foolishly spent it all. When he finally returned to his father's house, his father was excited and celebrated with a big party. The father said to everyone, “My son was lost and now is found“ (Luke 15: 32). Think about the rejoicing in each of these stories as you listen to today’s program.

“‘My son,’ the father said, ‘you are always with me, and everything I have is yours. But we had to celebrate and be glad, because this brother of yours was dead and is alive again; he was lost and is found’”

1. What kind of collection does Granny have?

A: She has a ring collection

2. What does Liz want to do with the cookies?

A: He wants to give them to other kids so that they’ll be his friends

3. What is the name of the missing chick?

A: His name is Myron

4. What is Liz’s new name for Morrie?

A: He calls him “minion”

A: He found a snake

Parables are lessons wrapped in stories. Jesus would teach important things about the Kingdom of God by using examples that everyone could understand. He told stories about sheep, because everyone lived in an agricultural society and saw sheep in the hills all the time. He told a story about a lost coin because we hate to lose something valuable in our house, and we won’t give up until we find it. Everyone understands that. Finally, Jesus told a story about the love a parent has for a child. Many of us have experienced that kind of love, whether as a child or a parent, a sibling or a spouse, or even just a best friend. . As we read these stories, we can start to understand a little more about what God and his Kingdom are like. If you ever find yourself wondering if God truly knows you and loves you, re-read these stories and think about what they say about his care for you. When you became a Christian, God was so excited that he invited all of heaven to celebrate with him. Just imagine—all of heaven rejoiced that you had been found! Yes, God knows you—and yes, God loves you!

There are people we meet every day who don’t know God or who have walked away from him. How would you share your faith with them if you could? What is important for them to know? Write a commercial “selling” a life with God and saying why having faith in God is the only way to live. Your message should say what you believe and why you believe it. Practice your commercial until it sounds polished. Share it with your family and think of someone that you could share your faith with who doesn’t believe. 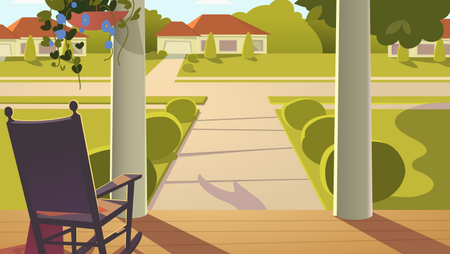