Theme: Being a Good Samaritan

2. In Luke 10:25-37, Jesus told the story of a Jewish man who needed to travel from Jerusalem to Jericho. Let’s imagine what might have happened.The trip is a long one so he starts walking early in the morning. He’s making good time, when suddenly he hears a noise. Men jump out into the road and grab him! They strip away his good coat, then they beat him and leave him in the middle of the road. Before he passes out, he wonders if this is the end.

Bleeding and hurt, he can hear someone coming down the road. He don’t have the energy to call out. “Please help,” he tries to whisper. The person—a priest—doesn’t stop. He hurries away. The man hears footsteps again. “Please,” he whispers, “I’m hurt.” The second man, another religious Jewish man, just walks around him and quickly continues on his way.

The injured man doesn’t hear the next man approaching. This third man is a Samaritan. Jews and Samaritans absolutely despise each other. Why would he bother to help? But he stops when he sees the man. Tenderly, he puts oil and bandages on his wounds, then takes him to an inn, where he pays the innkeeper to care for him until he is well.

Think about why God wants us to cares about our neighbors as you listen to today’s program. Now, listen to “Morrie the Samaritan.”

“Love your neighbor as yourself”

1. What group is Liz invited to join?

2. Who did the group’s leaders say Liz couldn’t have as his friend?

3. What was the name of Grandpa’s new contraption?

4. Who helped Liz when he crashed his bike?

5. Who passed by on the other side of the road?

In this episode, Liz chooses to be with the cool kids instead of a good friend. But Morrie chose to act in a Christ-like way—just like in the parable of the Good Samaritan. Now, this parable might make you squirm. You might find that you are more like the priest or the Pharisee than the Samaritan. How many times have you turned away from someone in need? How many times have you helped someone only enough to make yourself feel good instead of to make sure they’re really cared for?

Jesus told this parable because a religious leader asked the question, “And who is my neighbor?” The religious leader who asked this knew that God says that we are to “Love your neighbor as yourself.” Are you like this religious leader? You may know a lot about the Bible and what God expects from you, but are you reluctant to help others if it’s inconvenient? Do you wonder if this means your friends (yay!) or your enemies (boo!); those who are nice to you (yay!) or those who hurt you (boo!); those who are popular (yay!) or those who are not popular (boo!)? In the Sermon on the Mount, Jesus said, “Love your enemies and pray for those who persecute you” (see Matthew 5:43-47). That’s a real challenge. But with God’s help, we can do it.

Play charades with your family! First, get some slips of paper and write out some situations where things aren’t fair. Here are some examples to help you come up with ideas: no food to eat, being bullied, can’t afford heat in the house on a cold day, can’t pay to see a doctor when you are sick, can’t afford to go to school, cheating on a test. Can you add some of your own?

Take turns acting out the scenes and see if someone can guess. Then talk about why each situation isn’t fair (“just”), and how you and your family can help to seek justice when you see these situations happen. Make a commitment to each other to be bold, brave, and sacrificial by pursuing justice every day this week. 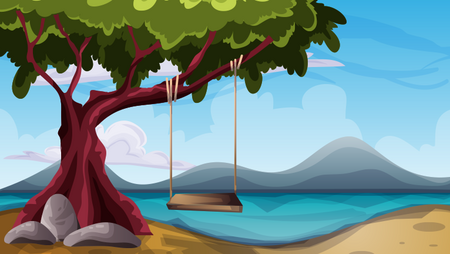