1. Have you ever done something just because everyone else was doing it? As a Christian, what are some things you do that help you choose God’s ways?

2. 1 Kings 3:1-15 says that Solomon loved the Lord. He followed the example of his father David. God appeared to Solomon in a dream and said, “Solomon, ask for anything you want, and I will give it to you.” Solomon promised to be God’s servant as the new king of Israel. But he asked God for help! Solomon admitted that he was young and had a lot to learn. He asked God to make him wise and to teach him “the difference between right and wrong”. That is discernment: being wise and knowing the difference between right and wrong. But being discerning is not enough. Adam and Eve knew right and wrong, and they still chose the wrong way. Later in Solomon’s life, he knew right and wrong, and he chose the wrong way too. Do you ever choose the wrong way even when you know what’s right? Pray like Solomon for discernment. Commit to being God’s servant too. As you listen to this episode, think about this equation: wisdom + service to God = good choices.

“Don’t be like the people of this world, but let God change the way you think. Then you will know how to do everything that is good and pleasing to him”

1. Who told Liz that “Life is expensive”?

2. Because she is a good writer, what does the school want Lucille to do?

A: Work at the school’s news channel as a reporter.

4. When happened to Mr. Reliable as it drove into the dealership parking lot?

A: The engine died.

5. What is Nick’s real name, and how does he know Grandpa before?

A: Nick Turner- he was in Grandpa’s church school class many years ago.

In this episode, Slick Nick was trying to get Grandpa to buy a new car. Slick Nick said things that you hear in lots of ads today: “newer is better”, “faster is better” and “you deserve the best”. The world around you talks to you 24/7 if you let it. Did you know that the average kid consumes 60 hours of media a week compared to one hour in church? Sorting through all these different media messages is hard!. Who are you going to listen to today?

Since God made everything, is it God’s fault that we want new things all the time? Dig deeper and read James 1:13-18 for the answer.

What does the story of all your stuff tell the world about you? Take your parent to your room and together go through your closets and drawers. If you haven’t worn certain clothes for a year, decide together to donate them. What else is in your room that you don’t use anymore that would benefit someone else? 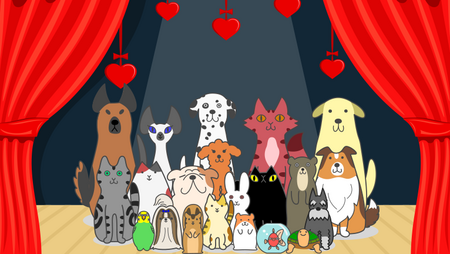