1. God is in control. Does this thought give you peace?

2. If you had been in charge of organizing Jesus’ birth, would you have changed anything? If you were in control, would you have angels still proclaim about Jesus’ birth to those poor shepherds? Or would you have them announce Jesus’ birth to more important people instead - like priests in the temple? Think about it. Being a shepherd wasn’t a very good job back in Bible times. Could they even be trusted? According to Luke 2:20, the shepherds did a great job: “As the shepherds returned to their sheep, they were praising God and saying wonderful things about him. Everything they had seen and heard was just as the angel had said.” God chose them to tell the story and spread the news. Their lives were changed forever. How many lives were changed by their stories? As you listen to this episode, think about how the Bible’s Christmas story shows that God is in control.

“‘For my thoughts are not your thoughts, neither are your ways my ways,’ declares the Lord”

1. What does Lucille accidentally hit Olivia with when she runs into her?

A: A big bag of feathers.

2. How many kids does Liz want flying with angel wings?

A: At first, he wants a couple of hundred and then asks Lucille for 75.

3. What job does Grandpa ask Liz to help with?

A: Trimming some pine branches for decorating the church foyer.

4. What kind of race does Buddy beat Jimmy at?

A: A skating race.

5. What animals does Lucille bring to the rehearsal?

A: Goats and a camel.

Liz thinks that the way he sees things is the way that the Christmas pageant should be done. Throughout history, God’s people have always had their own plans and their own ways of seeing things. At the beginning of the New Testament, people were expecting a Messiah. They had ideas of what he would do. They were expecting a king (like David). They thought this king would free them from the rule of the Romans. Their plan included swords, and armies and lots of victories. They expected these things of Jesus. But they were very disappointed that God’s plan was not the same as their own plan. Some of them couldn’t understand it at all! And in the end, they crucified Jesus.

Today, you have your plans for what you think will make you happy. For example, you make choices about how to spend your time and how to spend your money. But maybe, when you talk about your own plans, you could add the phrase “The Lord willing”. This small act can help you remember that God is in control.

Make a Reverse Advent Calendar: Find a basket or box. Each day leading up to Christmas, put a new useful item in the box (canned food, cleaning supplies, toys). Then, around Christmas time, donate the basket and its contents to a local charity. This year, make someone else’s Christmas a little bit brighter. 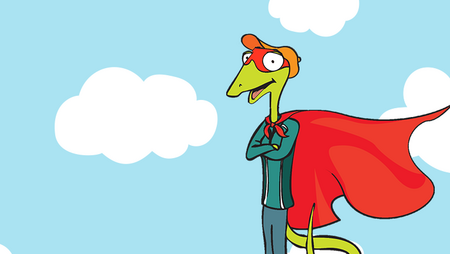