Theme: Sorting out the Messages We Hear.

2. Luke 19:1-8 tells the story of Zacchaeus. He worked for the Roman government as a tax collector. He would go to the Jewish people and tell them how much money they had to pay. But he never told them the right amount. Instead, he would charge them more and keep the extra for himself . One day, Jesus came to Jericho. Zacchaeus was a short man and had to climb a tree to see Jesus. But Jesus could see him and everything about him. After meeting Jesus, Zacchaeus realized that he wasn’t one of those “who live right.” Zacchaeus repented of his greed and cheating. He decided to give back even more money than he had stolen and to give a lot of his property to the poor. As you listen to this story, think about what it means to live right.

“But there will be rewards for those who live right and tell the truth, for those who refuse to take money by force or accept bribes . . .”

1. What were the water monkeys that Liz ordered?

2. What did Liz hope they would do?

A: Help him amaze his friends.

A: A motorized car.

4. What happened when he tried it at home.

5. What did Liz do in order to help Professor P. T. Barnum Chuckwalla sell the tonic?

A: He pretended that he had been cured by the tonic.

In this episode, Liz is cheated by people who made false promises. But he didn’t learn his lesson. He helped Professor P. T. Barnum Chuckwalla cheat his neighbors. Finally, Lucille and Grandpa Anole help him realize his mistake. Nobody likes to be cheated. As Christians, we should never act this way. We should never make promises we don’t intend to keep or tell others things that aren’t completely true. When the apostle Paul wrote to the Christians at Rome, he gave them a simple principle: “ . . . Love others as much as you love yourself” (Romans 13:9). He explains in the next verse that, “No one who loves others will harm them . . .” When we lie to others and make promises we can’t, or don’t, keep, we are harming them. Our actions show that we don’t really love them. Remember that your actions say more about your love for others than your words do.

One way that we may "cheat" others is by making promises we don't keep. One promise we often make to people is, "I will pray for you." Have you ever made that promise and then forgotten? Here is one way to help you remember. Make a Prayer Jar for your family. When someone asks you to pray for them, or you know of someone who needs prayer, put the request on a piece of paper and add it to the prayer jar. When you pray as a family, have everyone take a slip of paper out of the jar to remind them who to pray for. Be sure to ask every day if anyone has any new slips to add -- that will keep you from forgetting your promises. As prayers are answered, you can paste them in a special notebook, so you have a reminder of God's faithfulness in answering prayer. 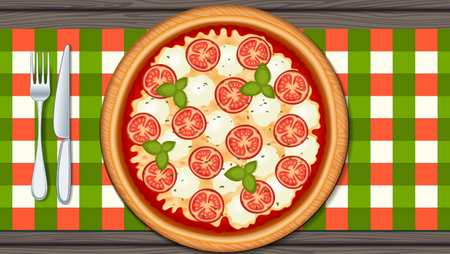