Theme: Tell the truth about you.

2. In Daniel 2, Daniel worked for the mightiest king in the whole world! One night King Nebuchadnezzar had a dream that made him very afraid. No one knew what the dream meant—except for Daniel who was terrified. The king asked Daniel what the dream meant. Daniel followed God. God values telling the truth, so Daniel chose to tell the truth. You can Ooread Daniel’s story in Daniel 2. Think about how Daniel was truthful about who he was even when he was scared as you listen to today’s program.

“Good people are guided by their honesty.”

1. What subculture is the topic of Liz’s social studies report?

2. What happens while he is at the skateboarding exhibition?

3. What is Liz’s problem with this proposal?

A: The tricks he displayed were an accident because Skink pushed him

A: He decides to pretend he knows what he is doing, hoping he can learn what he needs to before the commercial is recorded.

In this episode, Liz accidentally got credit for something he couldn’t do. It can be tempting to let others think that you can do something that you really cannot, especially when that something will cause you to be noticed. Liz accidentally gets credit for some awesome skateboarding skills that he really didn’t have, but rather than tell the truth he decided to go along with this misunderstanding, hoping that he can pull it off without being discovered. But this put him under a lot of pressure.

Want to dig deeper about being an image reflector by being honest? Read Titus 1:2, 1 John 3:18 and Colossians 3:9.

1. The cashier gives you an extra dollar change back by accident.

2. You forgot to clean your room and watched TV instead.

4. You broke your mother’s favorite teacup when you were horse-playing.

6. The sign says you must be 10 years old to ride your favorite ride and you are 9. 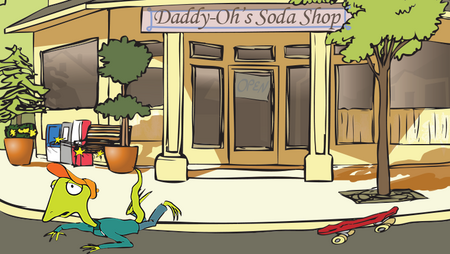