Theme: Remember God's gift to us

1. John 3:16 says that God gave his only Son. How is the birth of baby Jesus at Christmas a gift?

2. What words would you use to describe a baby? Cute? Probably. Stinky? Sooner than later I suppose. All-Powerful? Definitely not. Yet, God the all-powerful lived among his people as a helpless baby. Among the people of Nazareth , young Jesus learned to walk, learned to talk, and learned to do his chores. Among them, he worked in a carpenter’s shop and listened to the elders tell stories of Moses, David, Esther, and Deborah. Among the people of Judah and Samaria, he later told parables, healed the suffering, cast out demons, and calmed the storm. Among the Jews and Romans, he was crucified, died and was buried. Among them all, he was resurrected, and continued teaching his disciples until he ascended into heaven. Those who had trusted in the Lord got more than they had ever hoped for! Jesus may have come as a helpless baby, but he brought a hugely powerful promise of salvation for all people. As you listen to this episode, think about how Jesus is the true meaning of Christmas.

“God loved the people of this world so much that he gave his only Son, so that everyone who has faith in him will have eternal life and never really die”

1. What was the name of the store offering toys and clothes for preschool lizards?

2. What was the name of Cole’s grandmother?

4. What did Lucille throw at Liz?

5. Why did Cole’s grandmother give Cole a rose?

A: To teach him about Jesus.

In this episode, Liz said, “...we’ve been so busy with our own stuff that we forgot that Christmas is about giving.” During the Christmas season, families are often busy with sports practices, Christmas concerts, shopping, and family gatherings. It is easy to forget about God’s gift to us and about how we are suppose to give to others in return.

The season of Advent is a time of preparation for Christmas. It is a time to slow down and wait upon the Lord. When you are told to wait, do you think that you have to sit and be still? Sometimes that is what waiting means, but not always. Waiting during Advent is about being active and living out the hope we have in Jesus. What Christmas activities do you do to help you experience the meaning of Christmas?

Advent is a great opportunity to not only remember the gift of Jesus Christ, but also to think about how we can give to others. What can you do this month to share God's love with people around you? 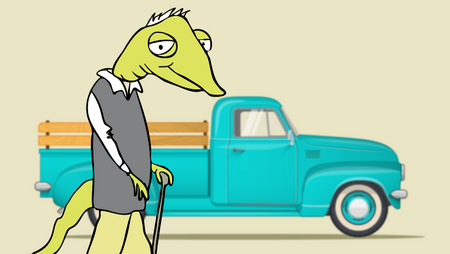