1. Romans 10:13 says, “All who call out to the Lord will be saved.” Who do you think of when you hear the word “all”? Do you think God will save people who have done a lot of very bad things just because they believe in Jesus? Do bad people have to do more than good people to be saved?

2. In Acts 22:4-5, the apostle Paul tells the crowd in Jerusalem about what he used to do. He hated Christians and tried to stop them any way he could. He had them arrested and “even had some of them killed..” He even stood by and watched as Stephen was stoned to death for talking about Jesus. If anyone was too bad to be saved, you might think it was Paul. But Paul realized how wrong he was to hate Jesus. He decided instead to believe in Jesus and he was immediately saved. It was true for Paul, and it’s true for you too. Believe that Jesus died on the cross to pay for your sins and rose again, and you will be saved. As you listen to this episode, be happy about God’s free gift to you!

“All who call out to the Lord will be saved.”

1. How did Liz and Lucille meet Vic and his dad?

A: Their car was broken down in front of the church.

2. Why did they lie to Liz’s dad about having an accident with their car?

A: They were trying to get the church to give them more money.

3. How did Liz and Lucille know that Vic and his dad were not telling the truth?

A: They saw them driving the car at the same time they claimed they had wrecked it.

4. Why did the church decide to help the Knights even though they knew they were lying?

A: To show them that God loves us all even though we don't deserve it.

In this episode, Vic and his dad are looking for one kind of gift (money) but learn about another (Jesus).

The Bible tells us that all people are sinners (Romans 3:23), even you! You might think you’re not as much of a sinner as someone else. But God is perfect, and even one sin, no matter how tiny you think it is, makes you a sinner (James 2:10).

God’s judgment for even one sin is death. But you don’t have to die! God gave us a free gift that will save us from the punishment we deserve. He sent His Son, Jesus Christ, to die on the cross and take our punishment for us. All you have to do to get this gift of salvation is to believe that Jesus died for you and rose again.

Who do you know who might need an unexpected gift? Think of someone in your church who is hurting in some way. Maybe it is someone who is sick or out of work or missing a family member who has died. What can your family do, or bring, for that person that would be an unexpected, but welcome, gift? Do they need a meal or a ride somewhere or some yard work done? If you can’t think of someone, talk to your pastor. Give an unexpected gift and, if the person hasn’t believed in Jesus, let them know about God’s gift too! 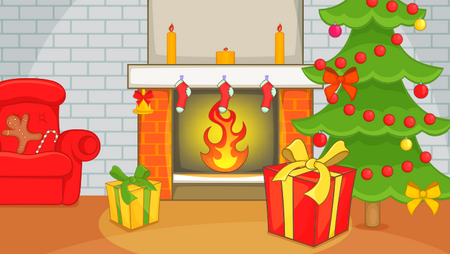