2. In Acts 5:1-11, Ananias and Sapphira wanted to look good to their church community. They saw that other people were praised for all the money and good deeds that they did. Ananias and Sapphira decided that they would sell some land. They were going to donate all the money they got from the sale to the church. But they kept some money for themselves. They both lied to Peter about how much money they got for selling the property. Why do you think Peter (and God) were so upset by this lie? As you listen to this episode, think about the power of your words to tell the truth or to lie.

“You shall not give false testimony against your neighbor”

1. What does the principal find?

A: A broken window.

2. Who sent the principal a note accusing Skink?

3. How did Granny know who wrote the note?

A: She recognized the handwriting.

In this episode, Liz and the gang experienced how big lies and little lies can have the same consequences—people get hurt, and it separates us from God.

Or sometimes telling the truth calls for kindness. Have you ever been in a situation like this: you eat something you don’t like, but you lie and say that you love it? If you say the food is gross, the person who gave it to you might be hurt or sad. But if you tell a little white lie, you’ll make them feel good. How can you tell the truth in this situation?

There are ways to tell the truth with bravery and kindness. If you're not sure how to speak the truth, tell God. He'll be glad to help you honor both the truth and your listener.

It’s simple: Don’t lie this week. Keep track of how you feel as you stick to “the truth, the whole truth, and nothing but the truth.” 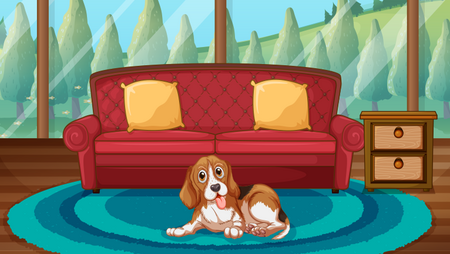